Writes Mark Pharo: "The F-86E was the definitive model Sabre to fly combat for the US during the Korean War. While the F-86F did see combat during the war it was not in Korea in large numbers as I understand. The F-86F replaced F-86Es after the war. Many of the greatest fighter pilots state that the best jet fighter ever made was the F-86." 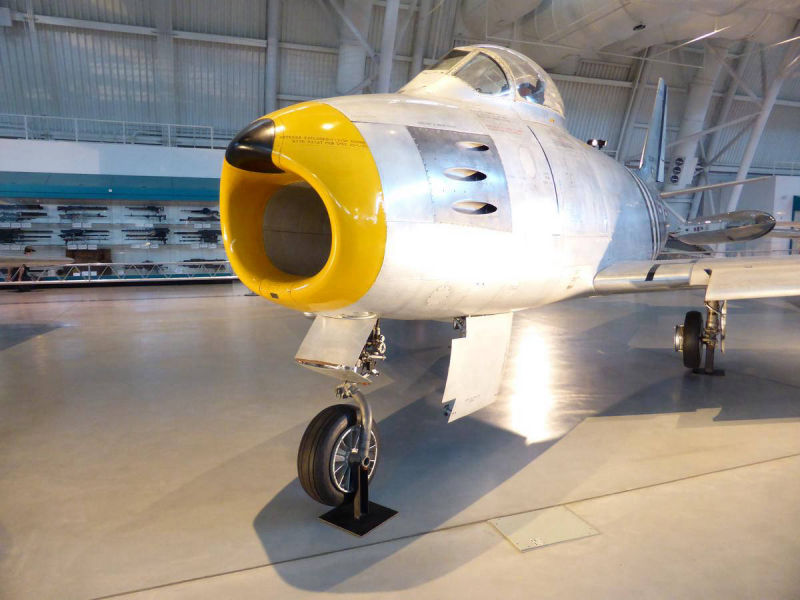 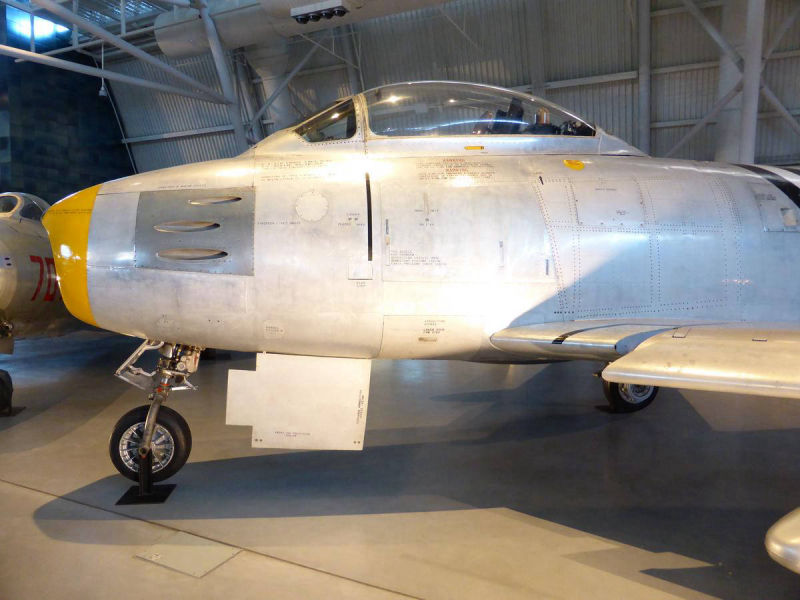 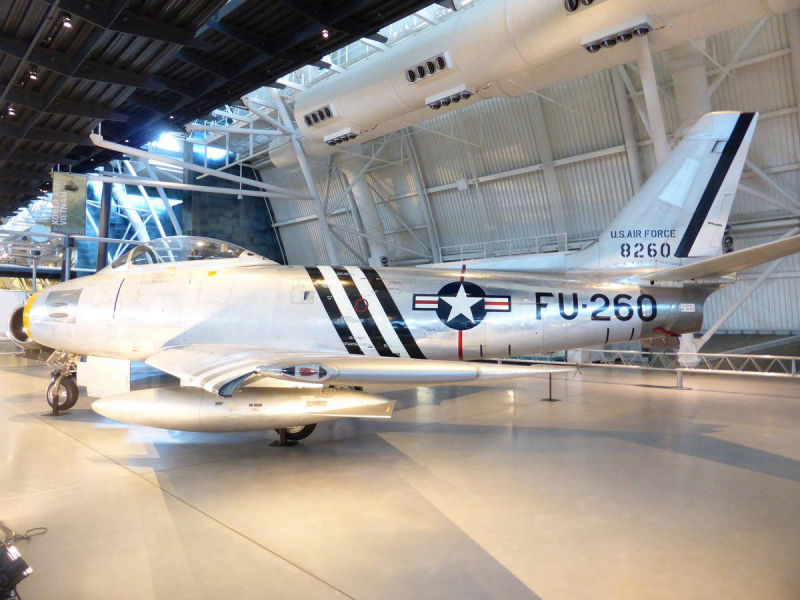 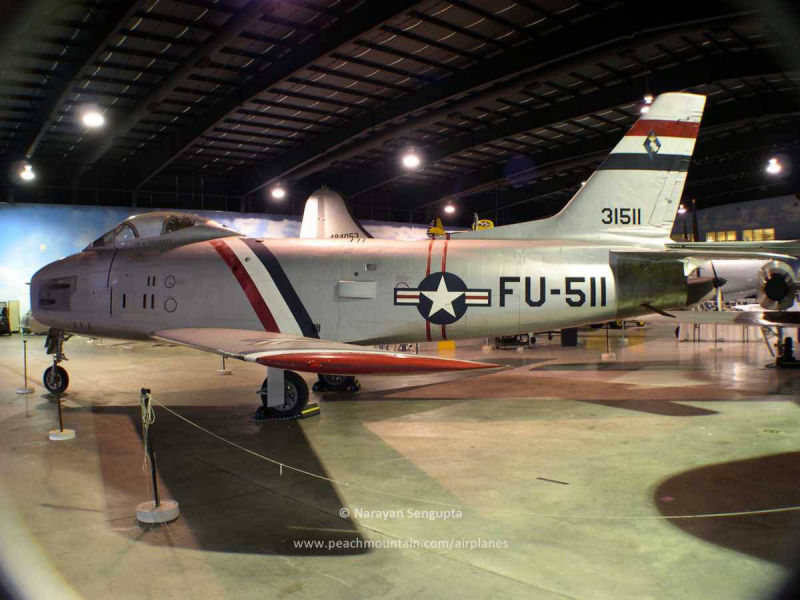 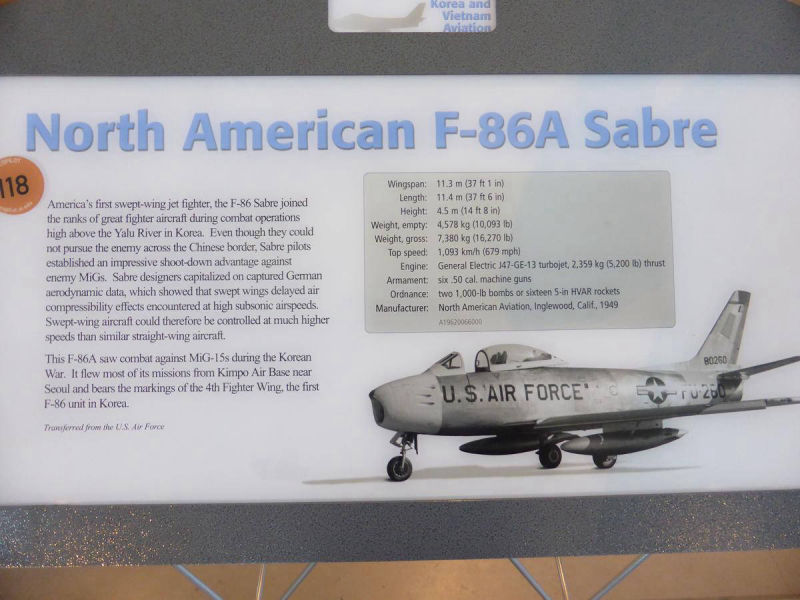 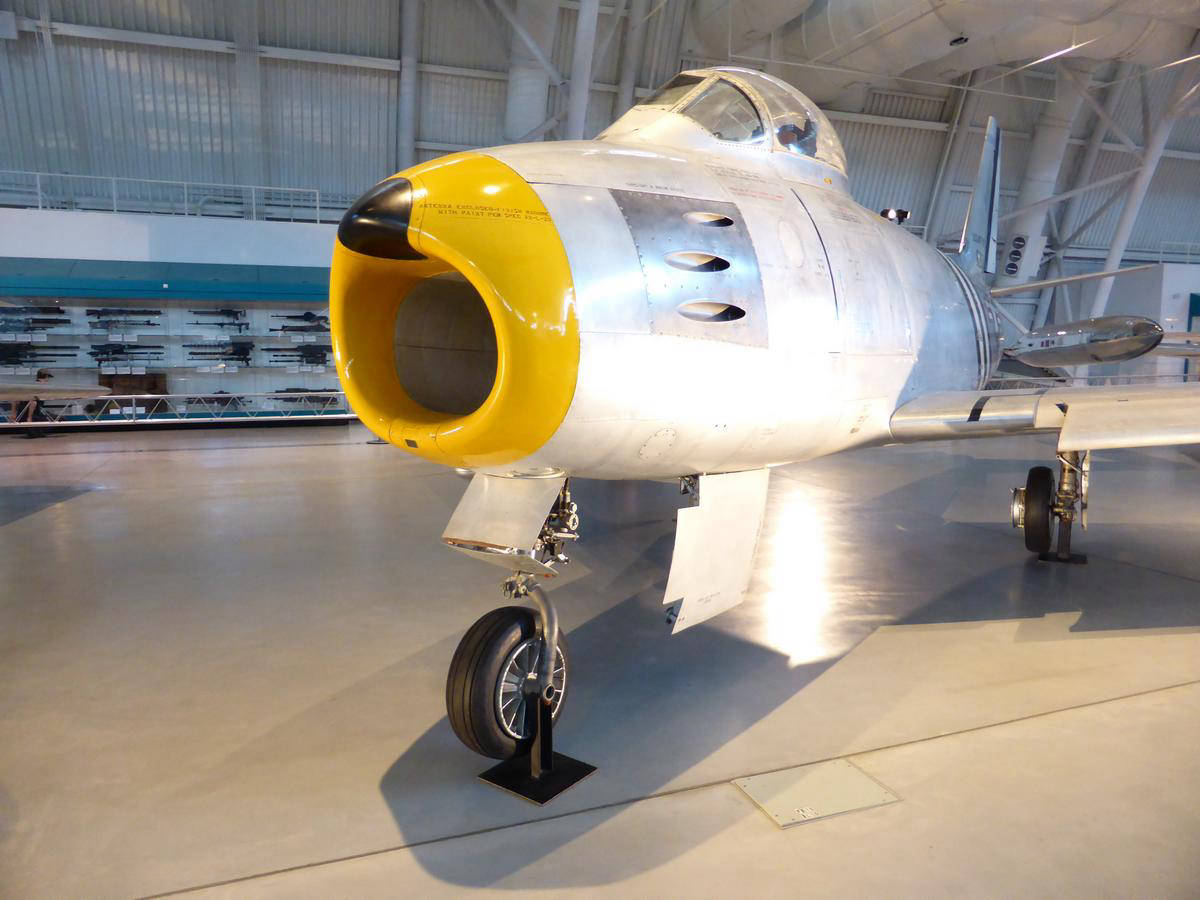 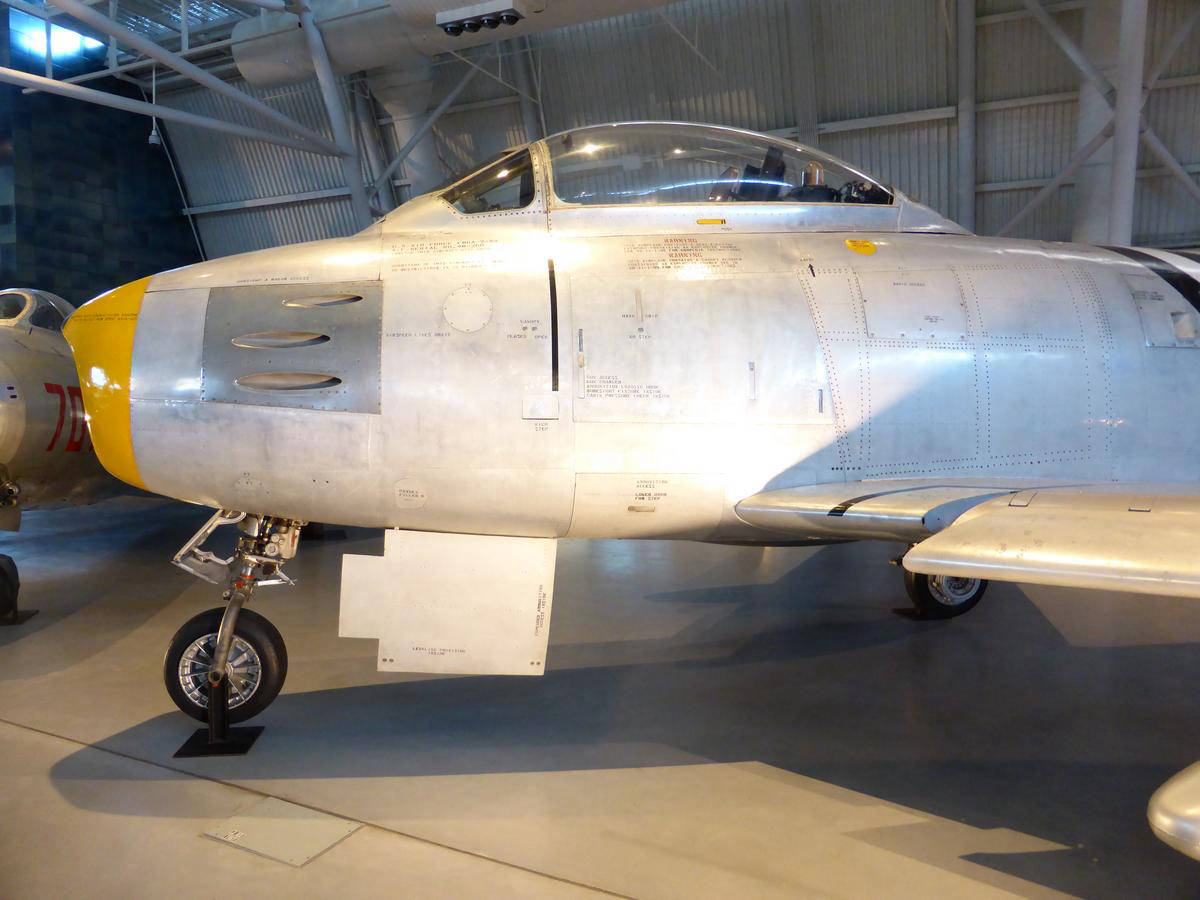 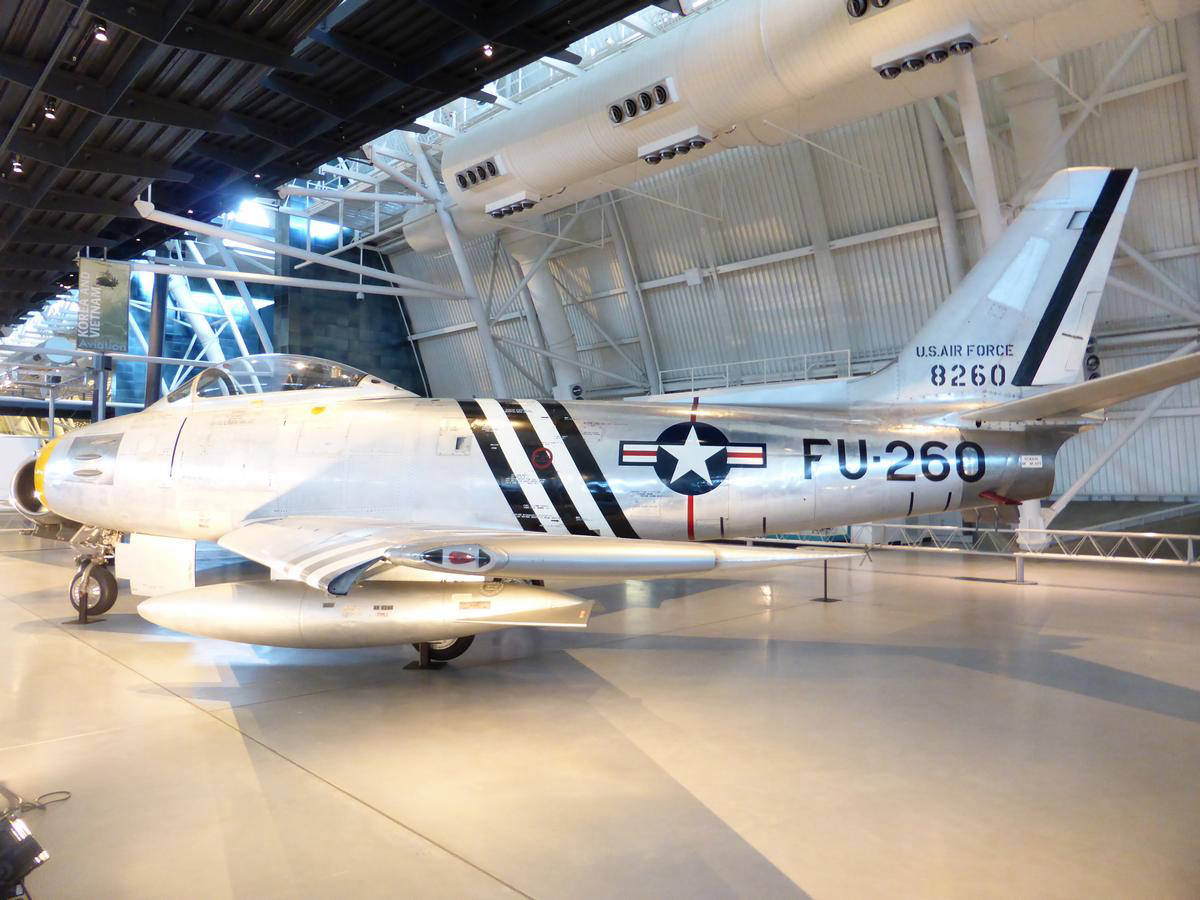 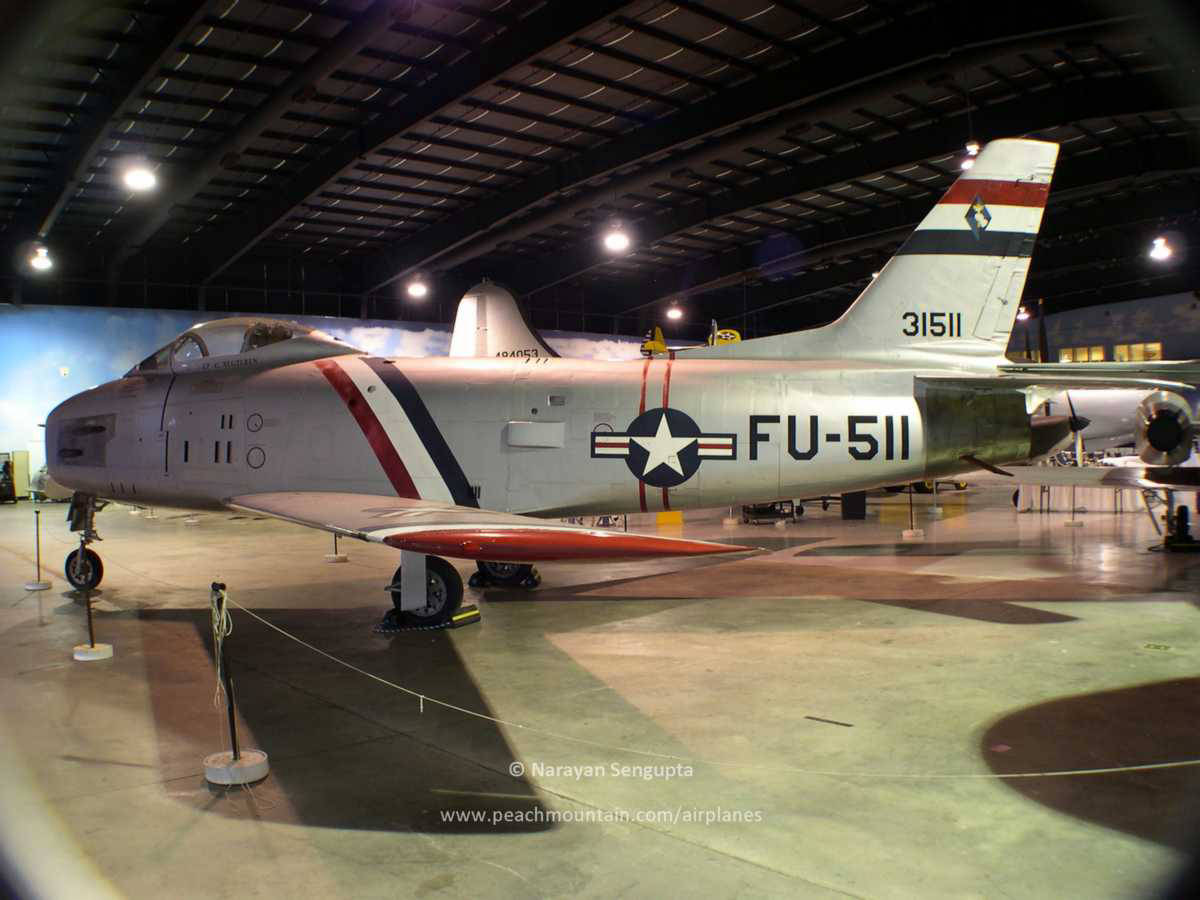 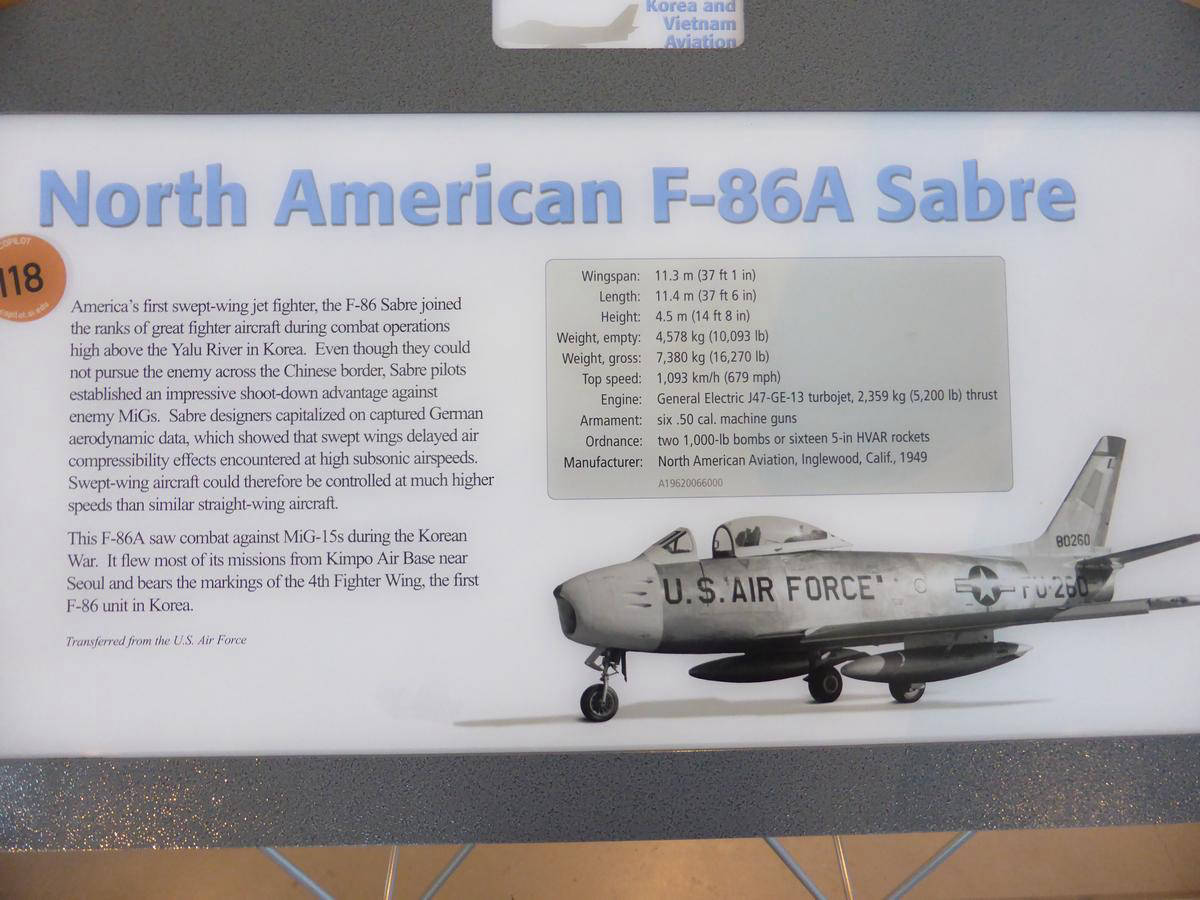 "The F-86L was the F-86D with a new wing, new SAGE radar and a small radio antenna on the pilot’s side, otherwise it looked the same.

The SAGE datalink antenna on the F-86L was on the port side of the aircraft just behind the trailing edge of the wing on the lower fuselage and was rather small. The only difference between the F-86D and the F-86L was all of the Ls were modified Ds, they had SAGE installed, a new wing and different instruments in the cockpit.

The SAGE system was an immensely complex worldwide data system that was maintained for years after the last F-86L was taken offline. Sadly there are no “Dog” Sabres(Ds, Ls or Ks) left flying as best as I remember."

"The SAGE-capable L-model interceptor was fitted with 2.75 rockets vice six .50s (or four 20mms, in the H-model). Stalwart of Air Defense Command and the Air National Guard, 1950s-1960s; this one was originallly assigned to the 54th FIS at Rapid City/Ellsworth AFB; 15th FIS, Davis-Monthan AFB; TXANG 182nd FIS, NAS Dallas/Hensley Field; and the 3550th FTW at Moody AFB. Apparently it was on display at the airport in Macon, GA, prior to its move to the museum at Robins. The GAANG's 128th FIS at Dobbins operated F-86Ls from 1960-1961."