The first aircraft is a Hawker Hurricane.  The rest are Supermarine Spitfires.  The pale blue Spitfire is a PR (Photo Reconnaisance) type with American markings.  Note the unusual tail and propeller. The next one also has American markings and the last one RAF markings.  Many people say this is the war's loveliest fighter.  I tend to agree.  What about you?  Please respond in the Disqus commentary below.

Adds Mark Morgan on the Spitfires, "The camo bird is a Spit MkVc, ex-RAAF. marked for the 31st FG. The blue Spit is a PR.XU photo reconnaissance bird, painted fro the 14th Photographic Squadron . Light blue was the standard color for recce aircraft."

Notice that the photo reconnaissance Spitfire lacks armament and armored glass for the front windshield.  The Mark V and other Spitfires flew at Dieppe among many other places. 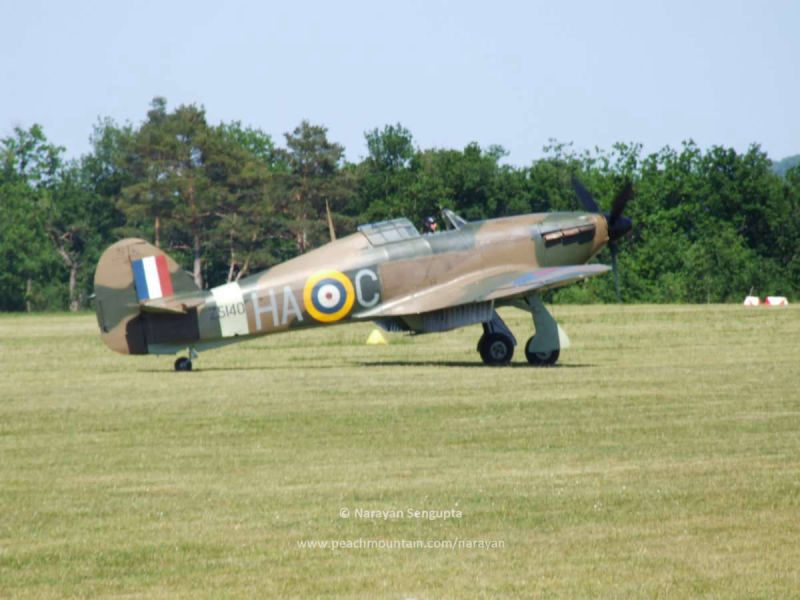 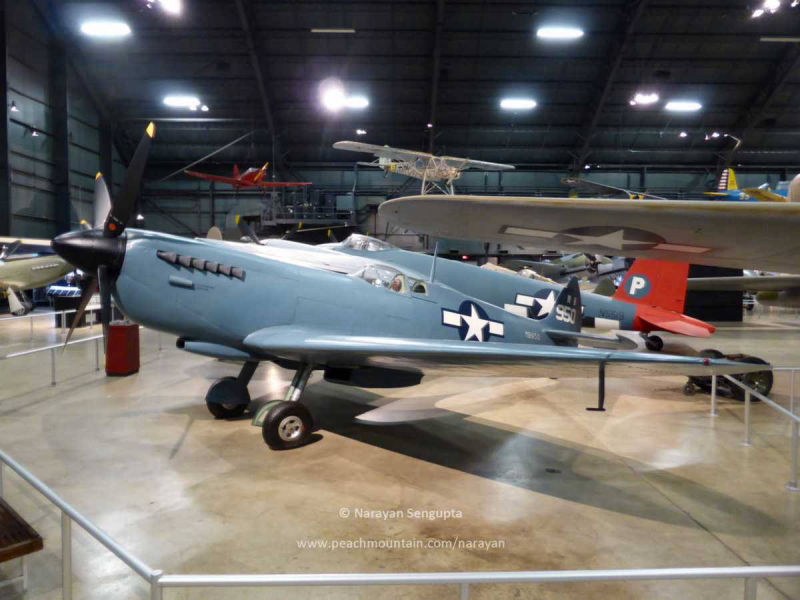 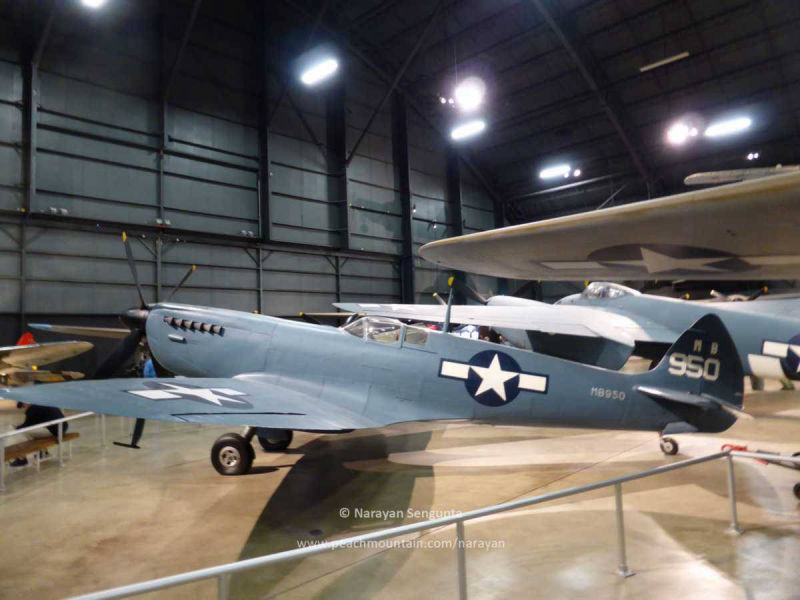 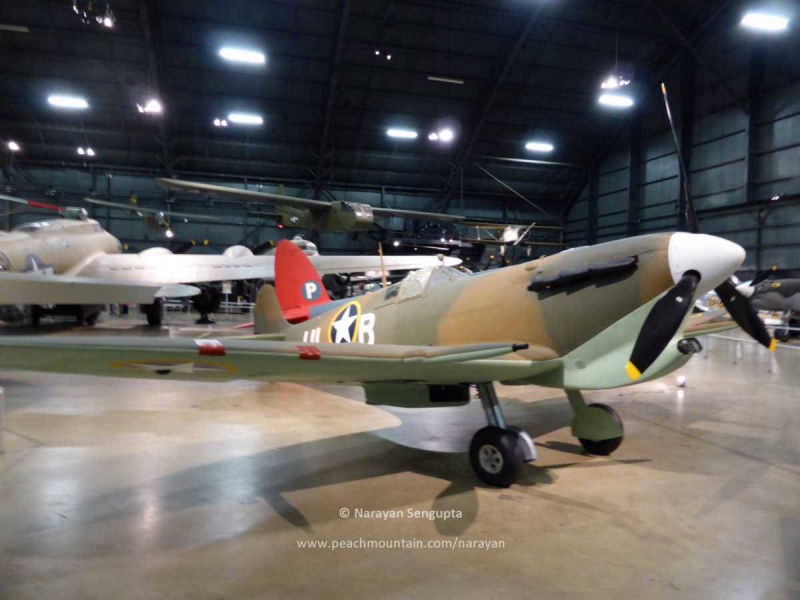 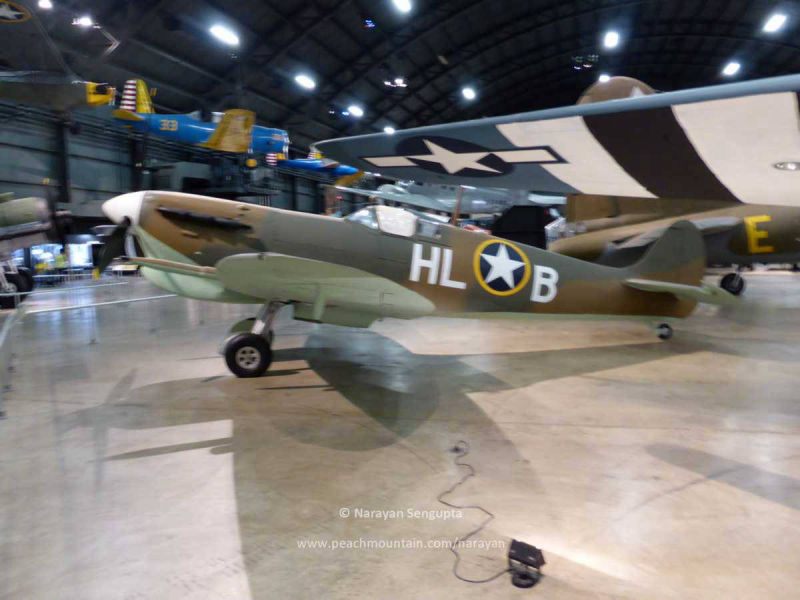 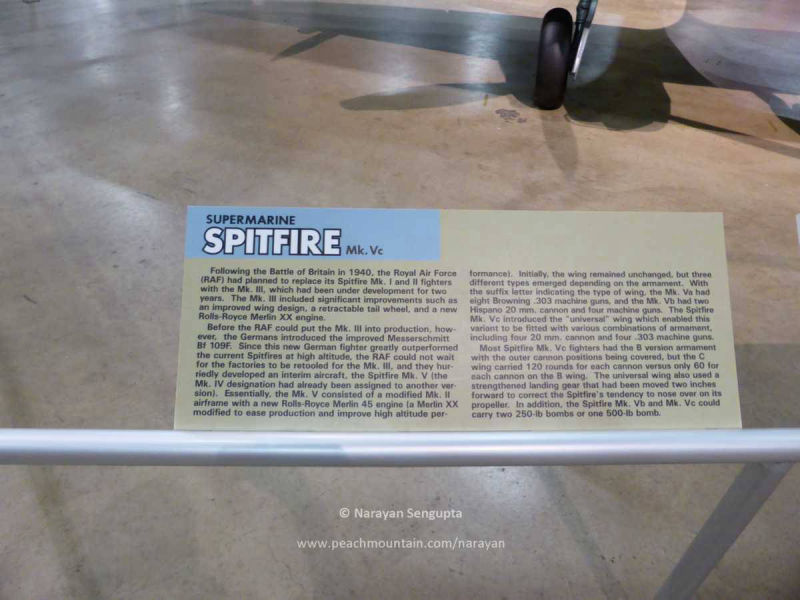 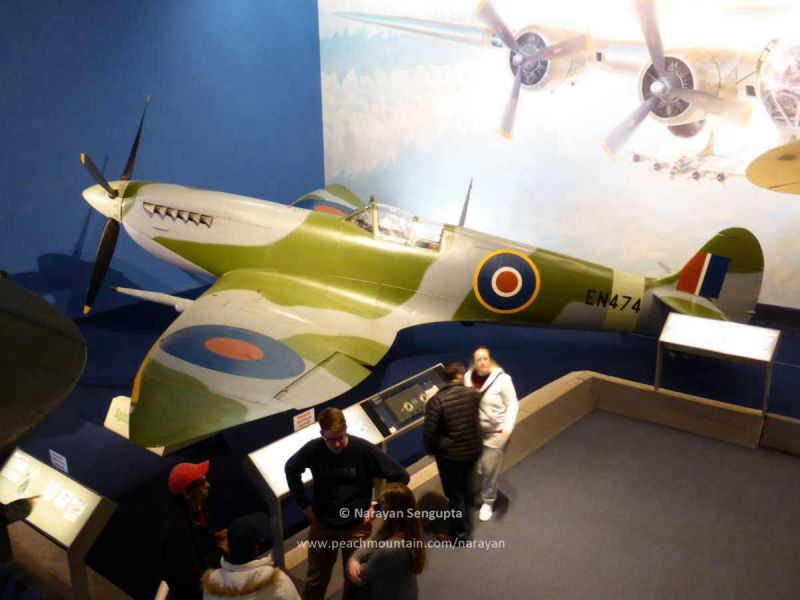 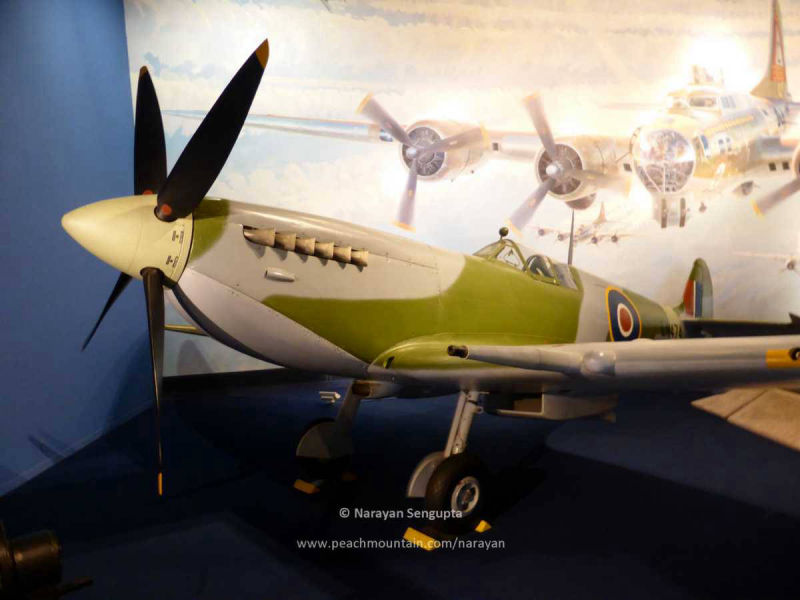 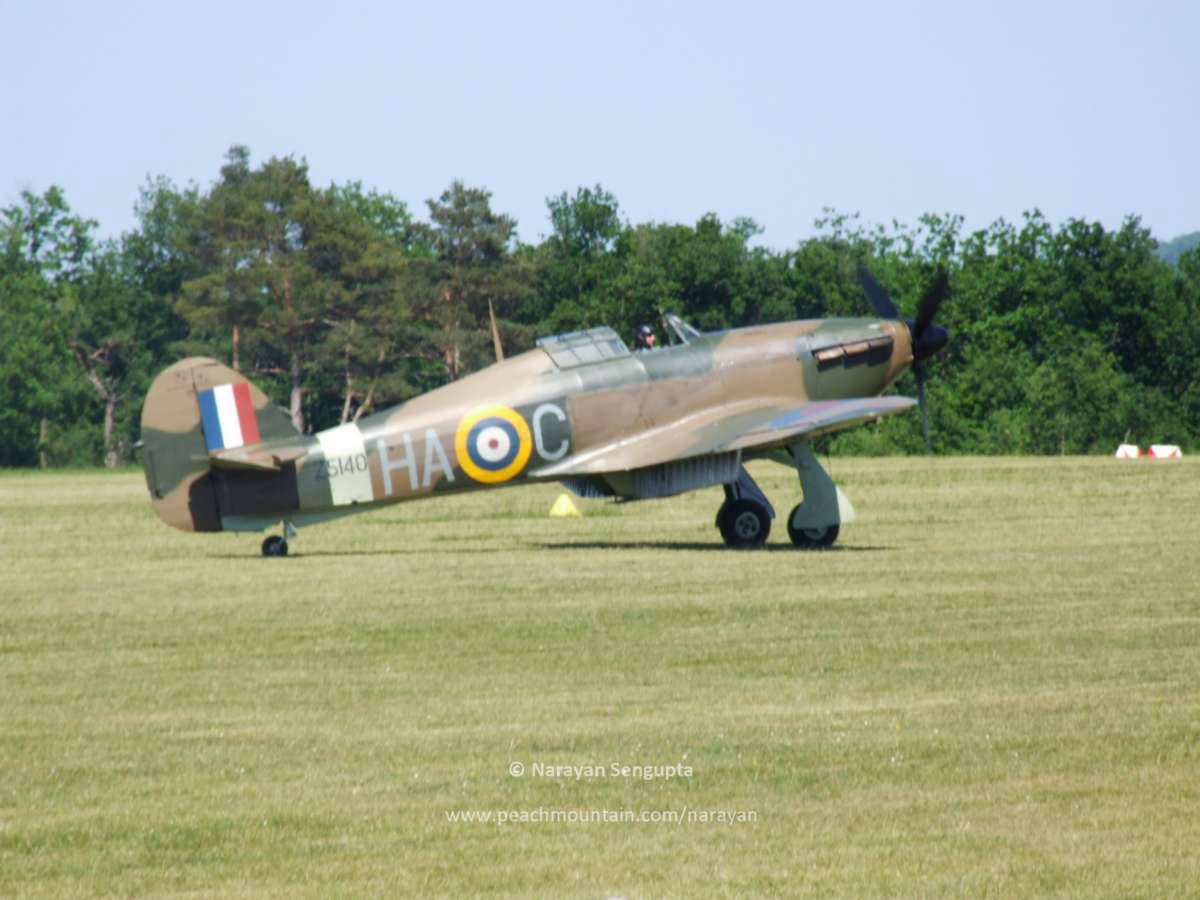 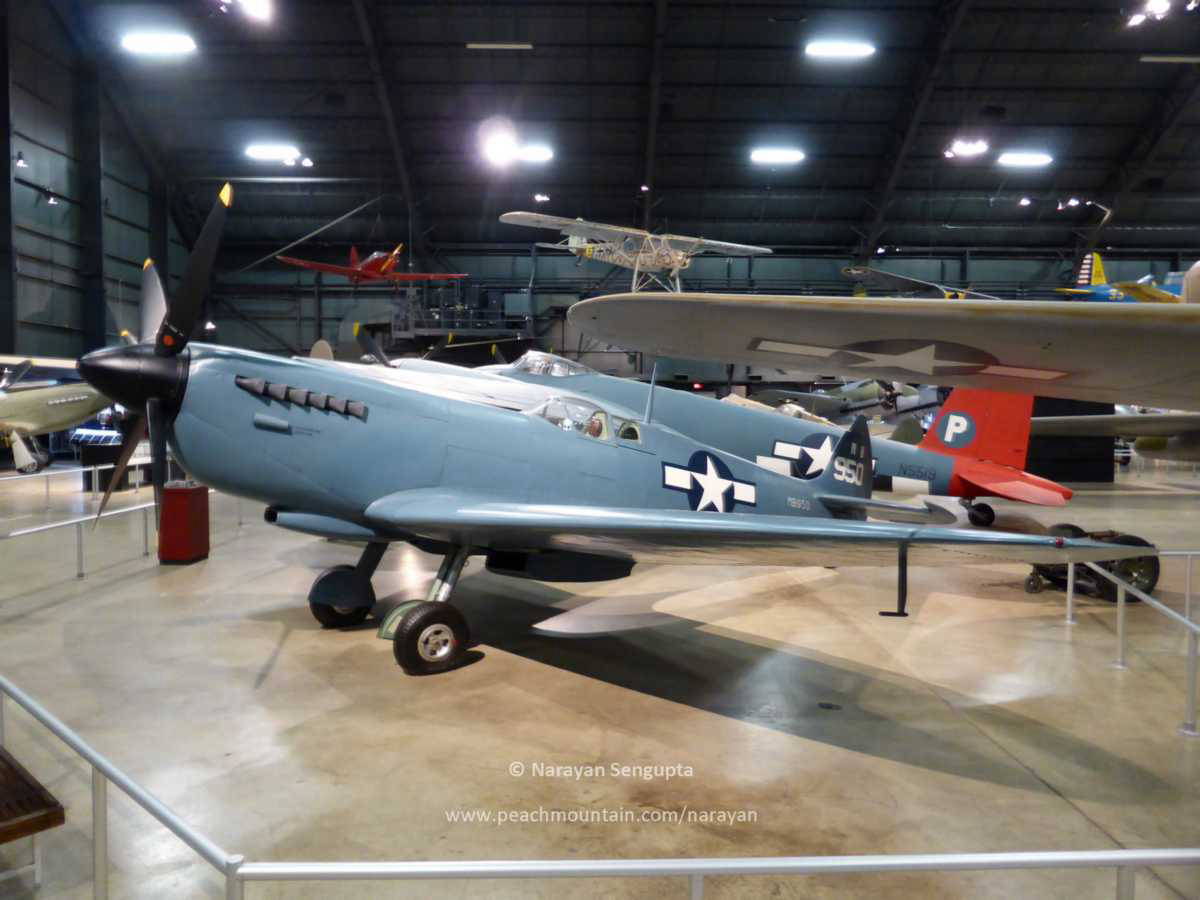 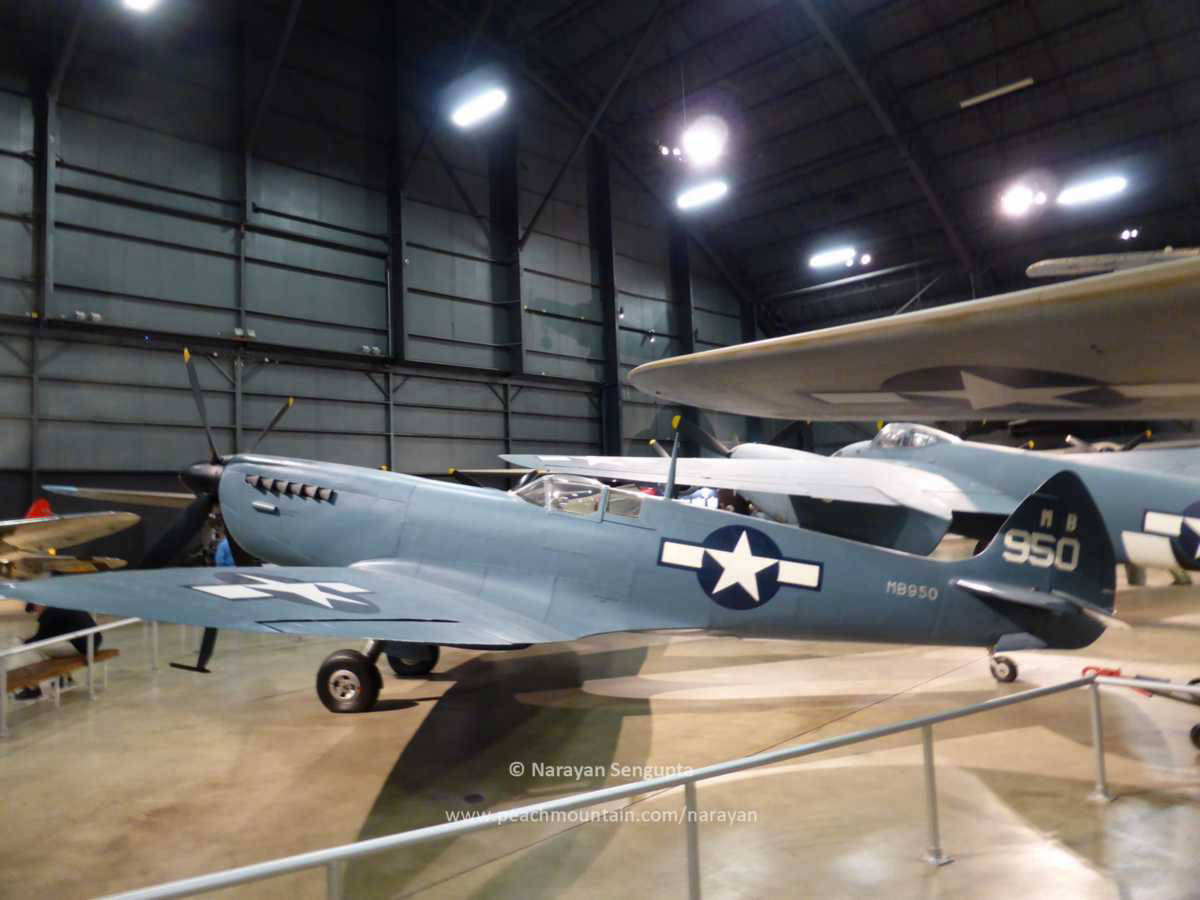 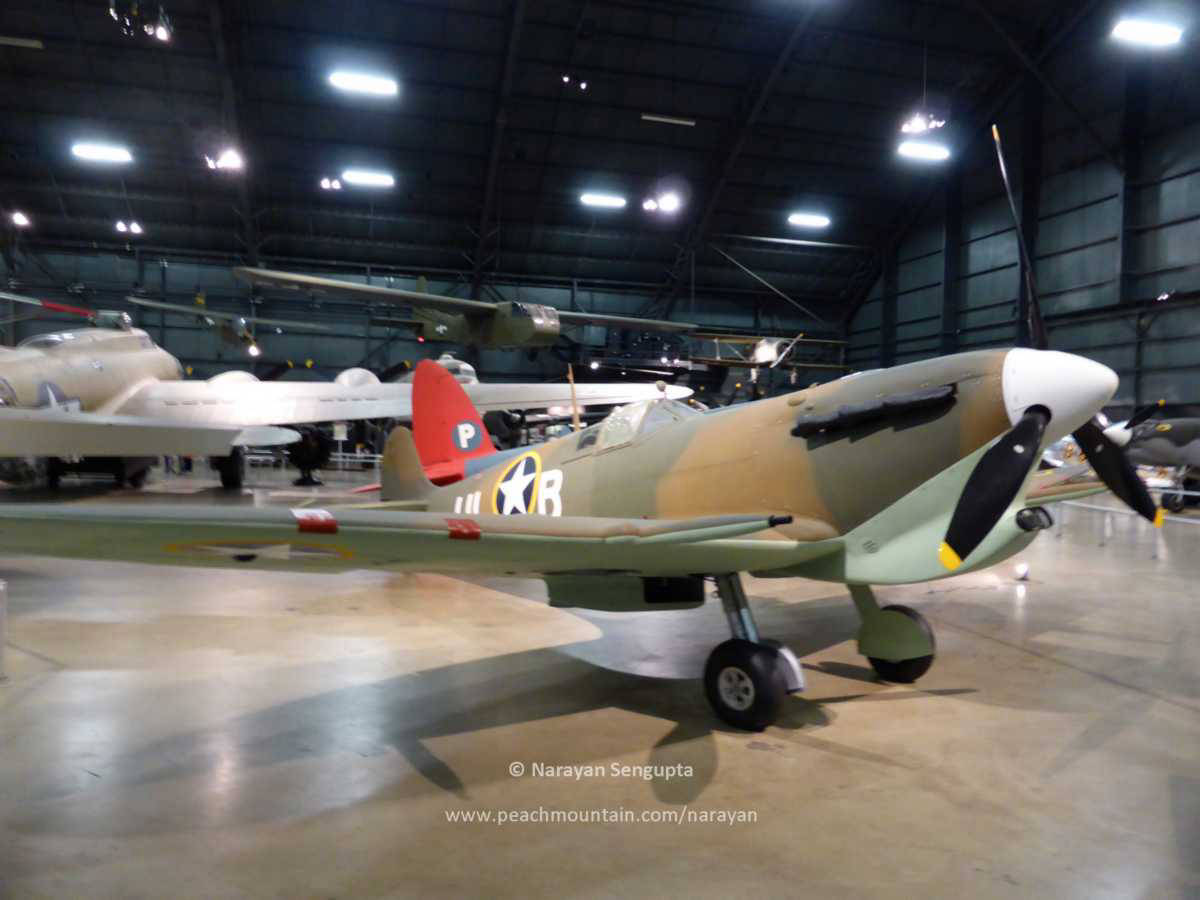 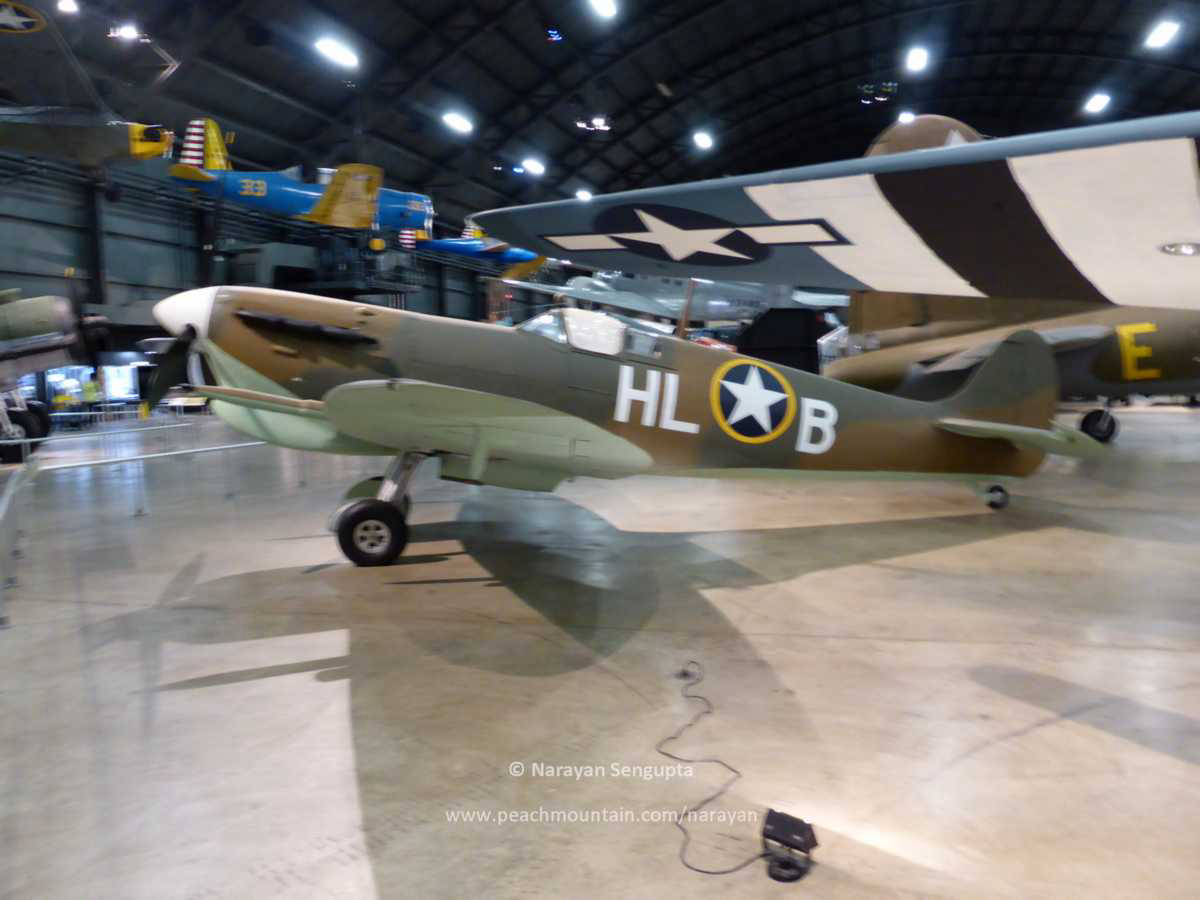 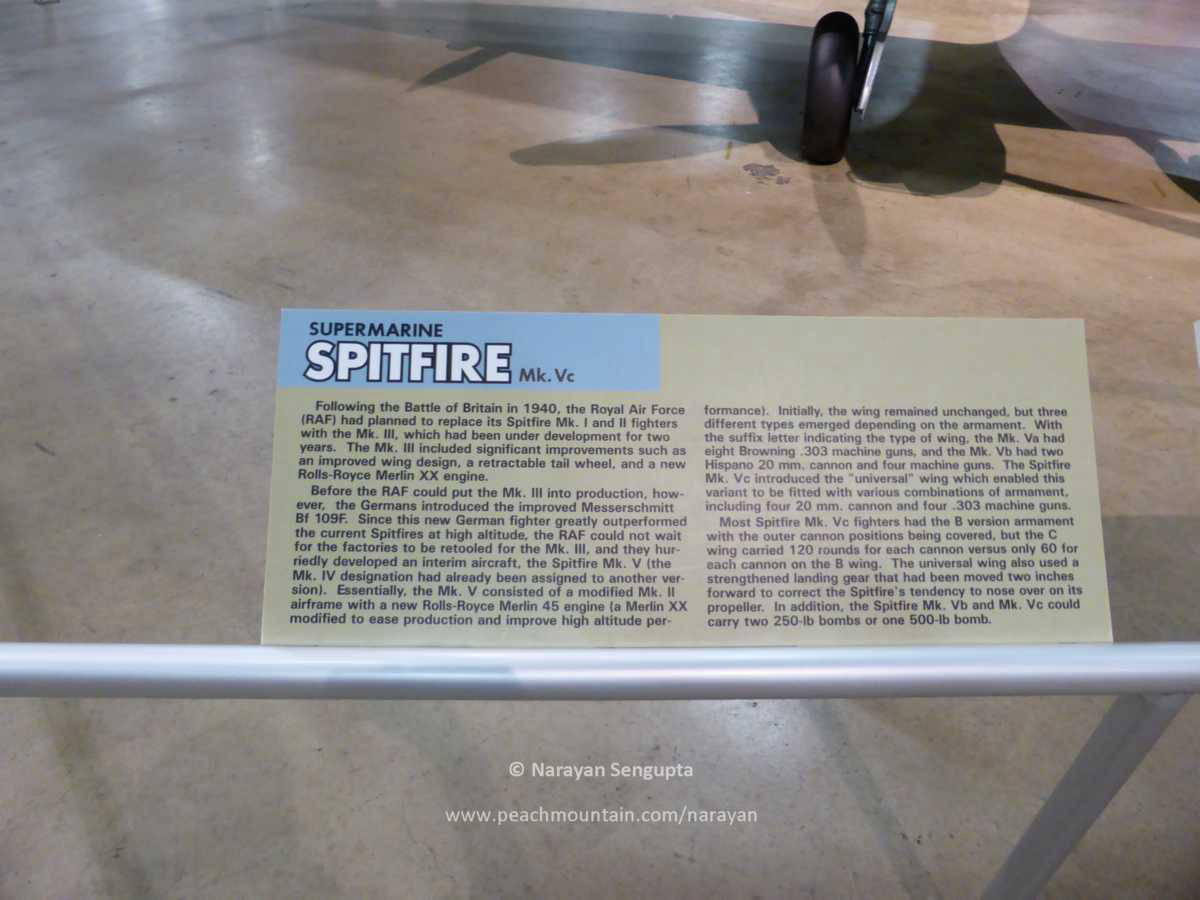 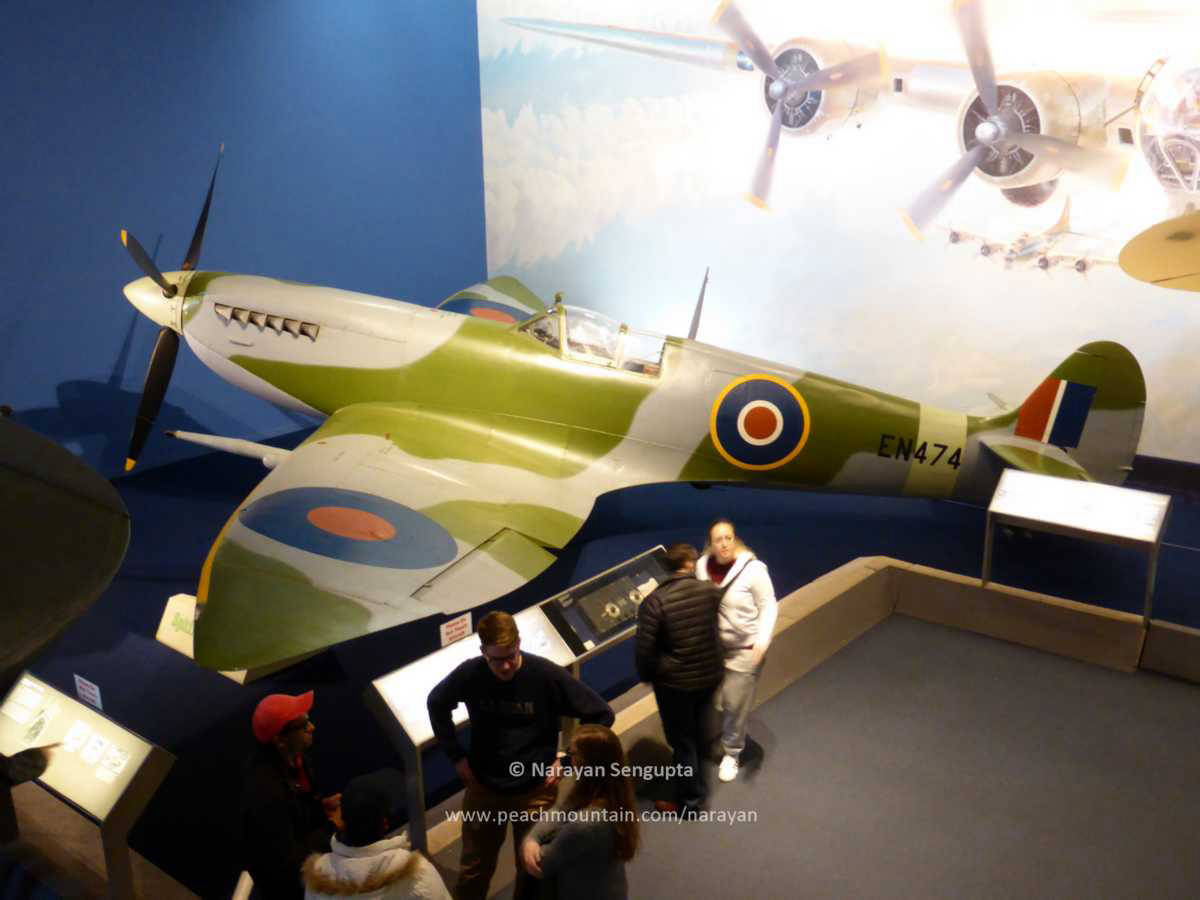 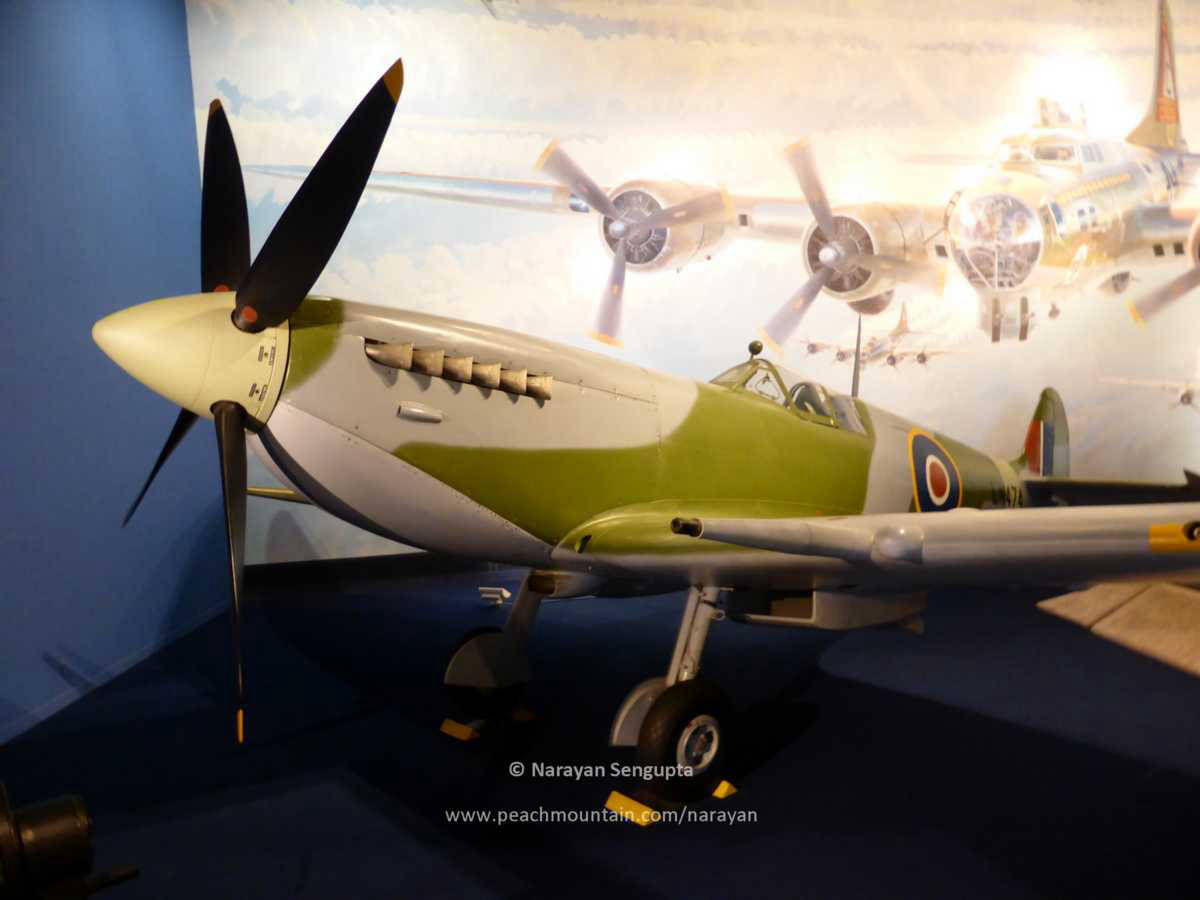