Photos of B-17 Flying Fortress

Here is our Boeing B-17 Flying Fortress sampler.  Boeing started developing this aircraft in the 1930s, got to a flying prototype, and then made various improvements along the way...I'm always staggered by how much damage these birds took and often came back to base with.

Featured in the outdoor photos here is Pink Lady, the last surviving flying European Theater of Operations (ETO) veteran, as far as I know. I think she's permanently in France. In any case, these photos of her were at La Ferte Alais.

The B-17 that's indoors on the floor is at the Mighty Eighth Air Force Museum in Savannah, Georgia.  There are some model photos from the same museum.

Last here is the B-17E in the Boeing Gallery at the impressive World War II Museum in New Orleans. Seeing it hanging high up from the ceiling in a vast atrium is truly breathtaking.   It's unusual to get to see a B-17 from so many different angles, right?  Mark Morgan writes, "B-17E 41-9032 is one of four surviving E-models."

Tom Booth adds that the New Orleans B-17 (below) is an "early B-17E model with US Army markings. This model featured the larger tailplane, eight .50 cal. machine guns and fully retractable tail wheel. The B-17E first flew on September 5.1941.  The Fortress was a tough bird and many returned home after sustaining unbelievable damage."

B-17 Flying Fortress was a terrific all-around World War II aircraft, but arguably not as great as the later B-24 Liberator.  Both these heavy bombers were followed in suite by the B-29 Superfortress.

B-17 Flying Fortress in Savannah 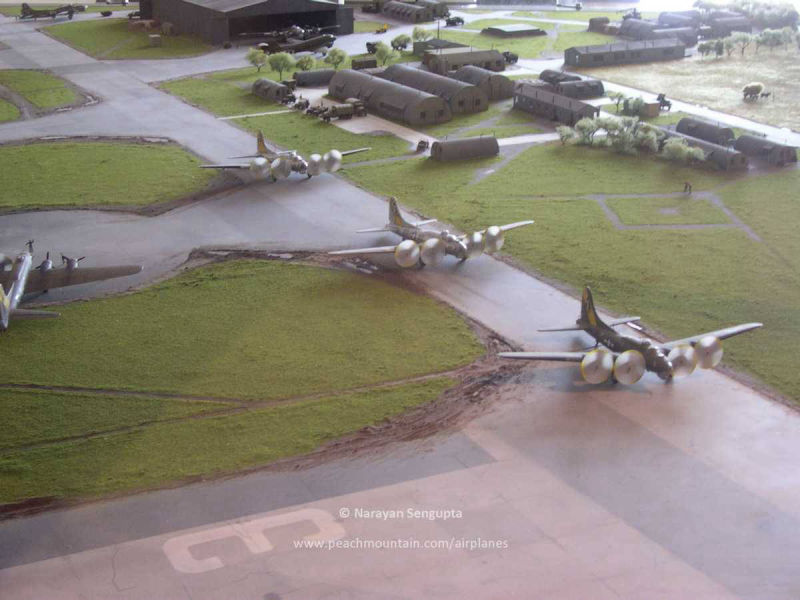 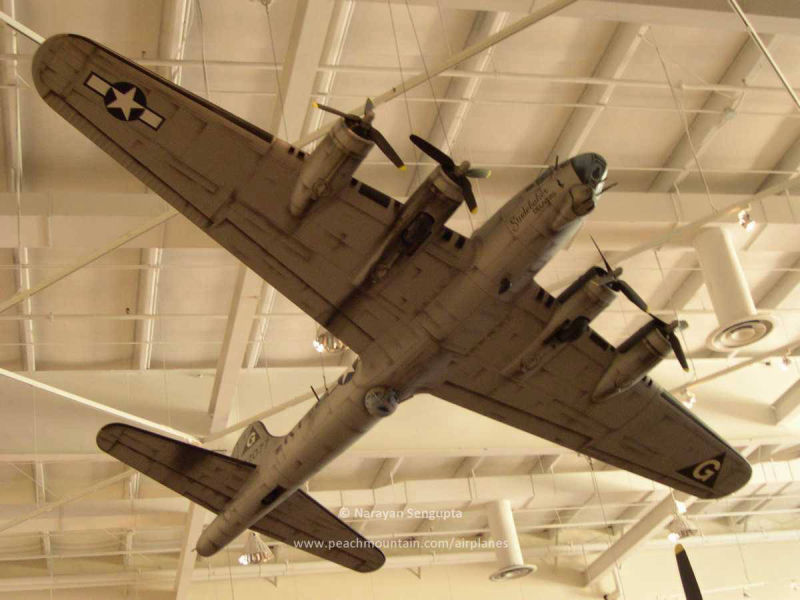 B-17 Flying Fortress at Warner Robins 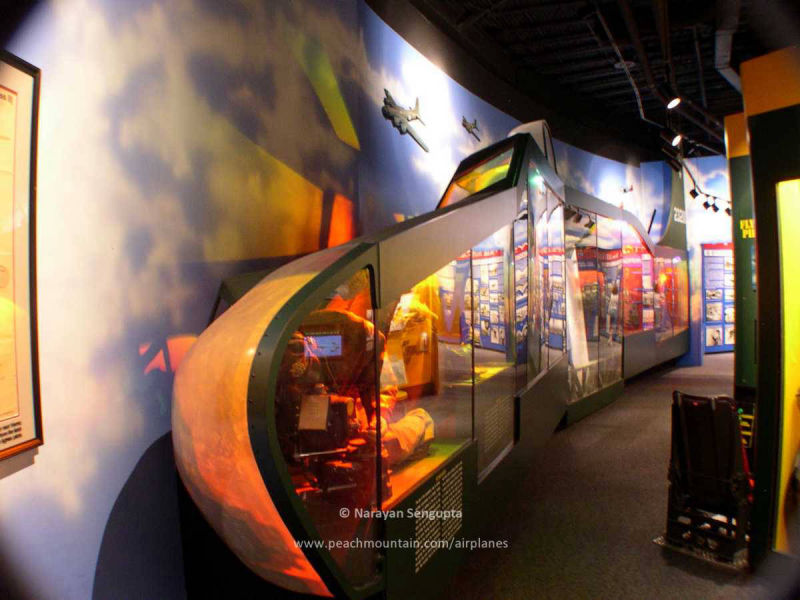 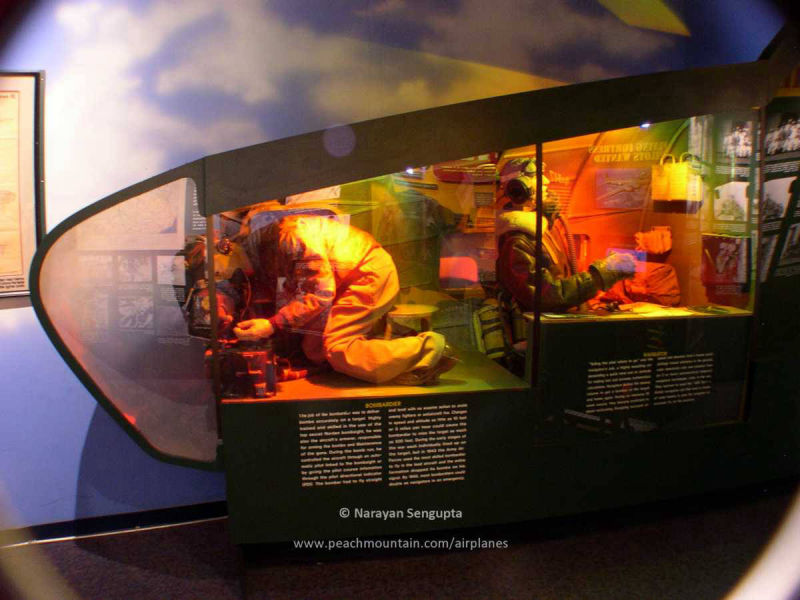 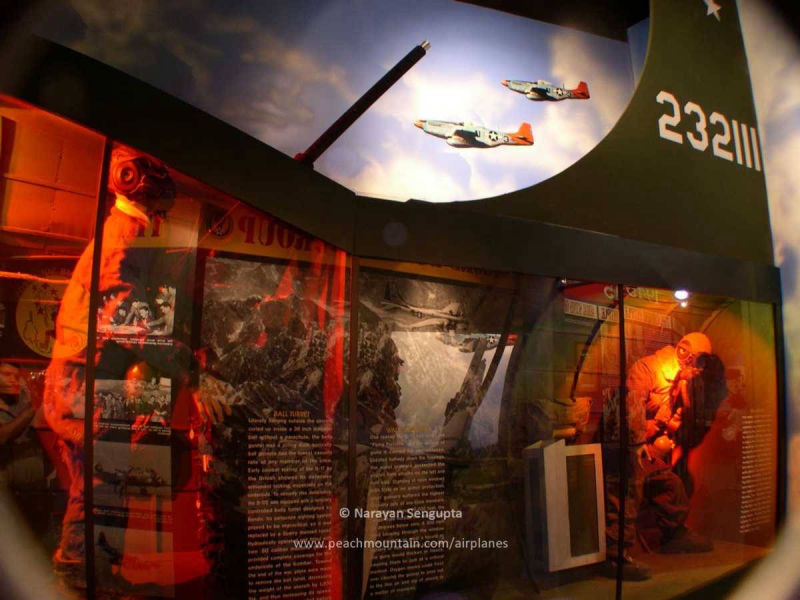 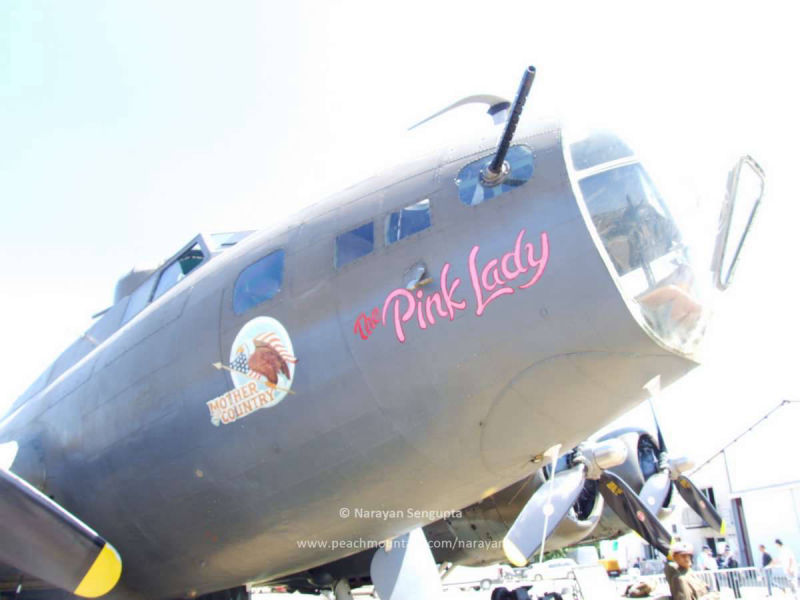 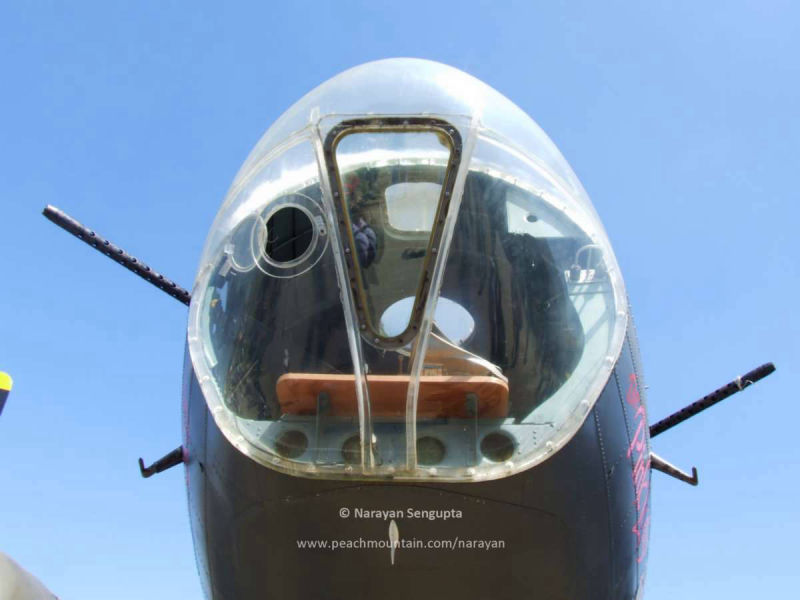 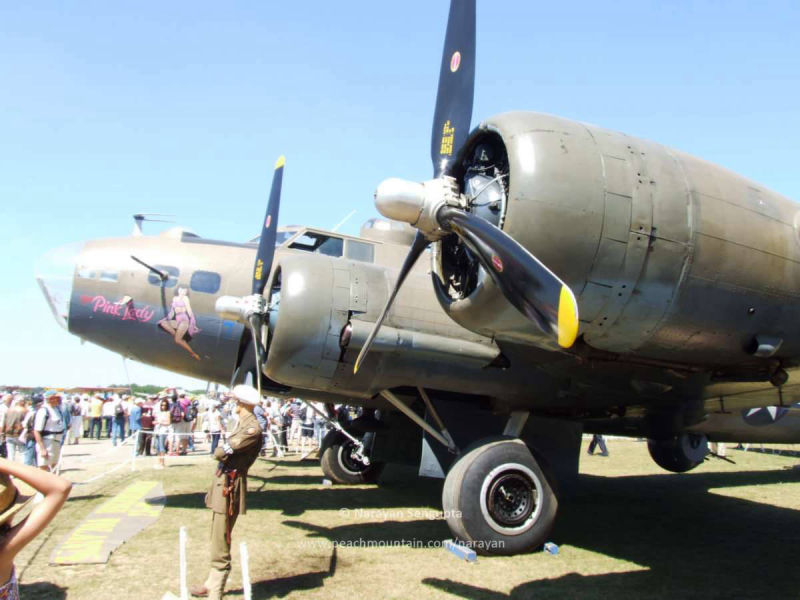 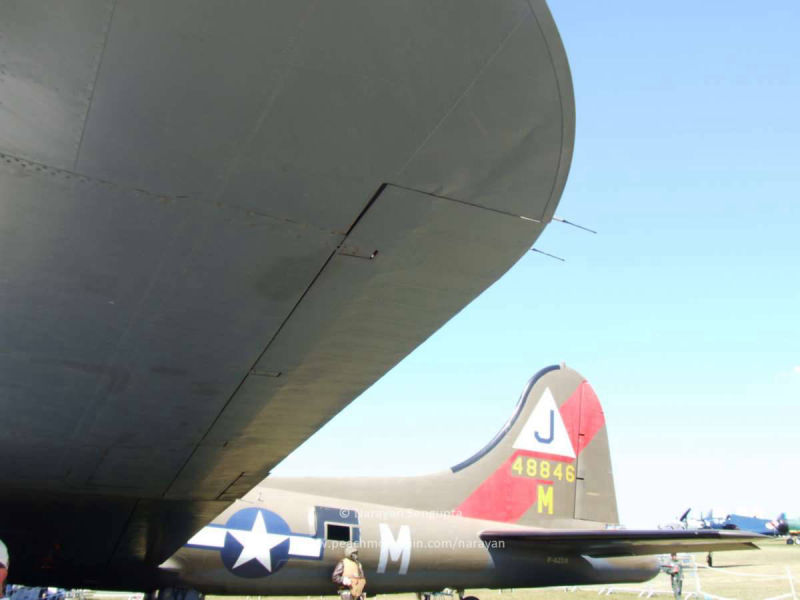 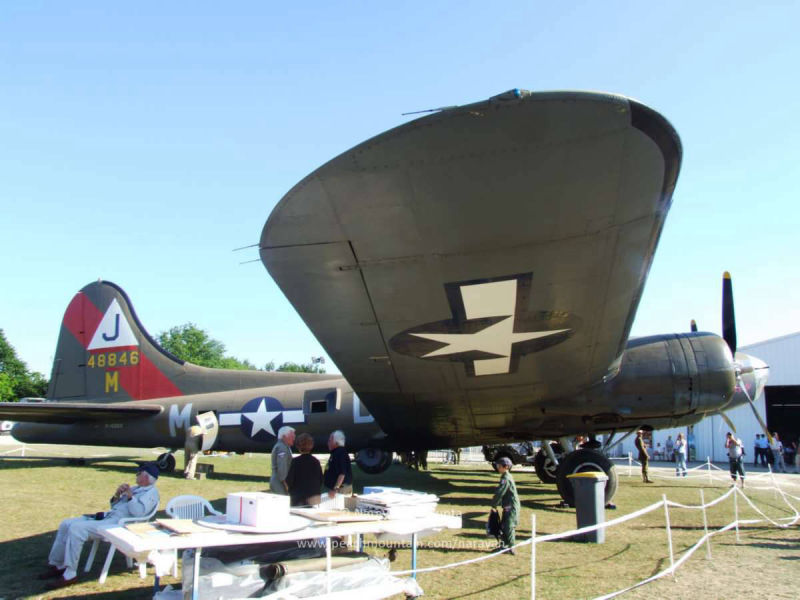 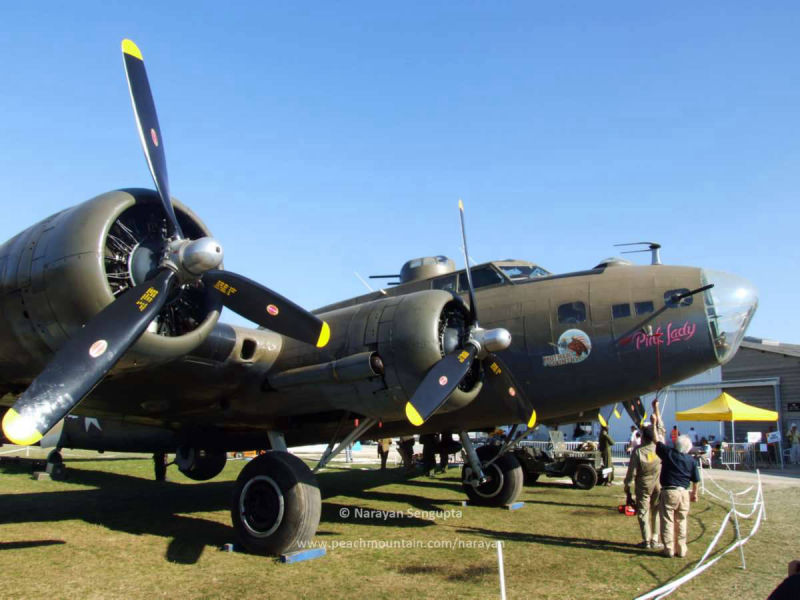 B-17 Flying Fortress in New Orleans 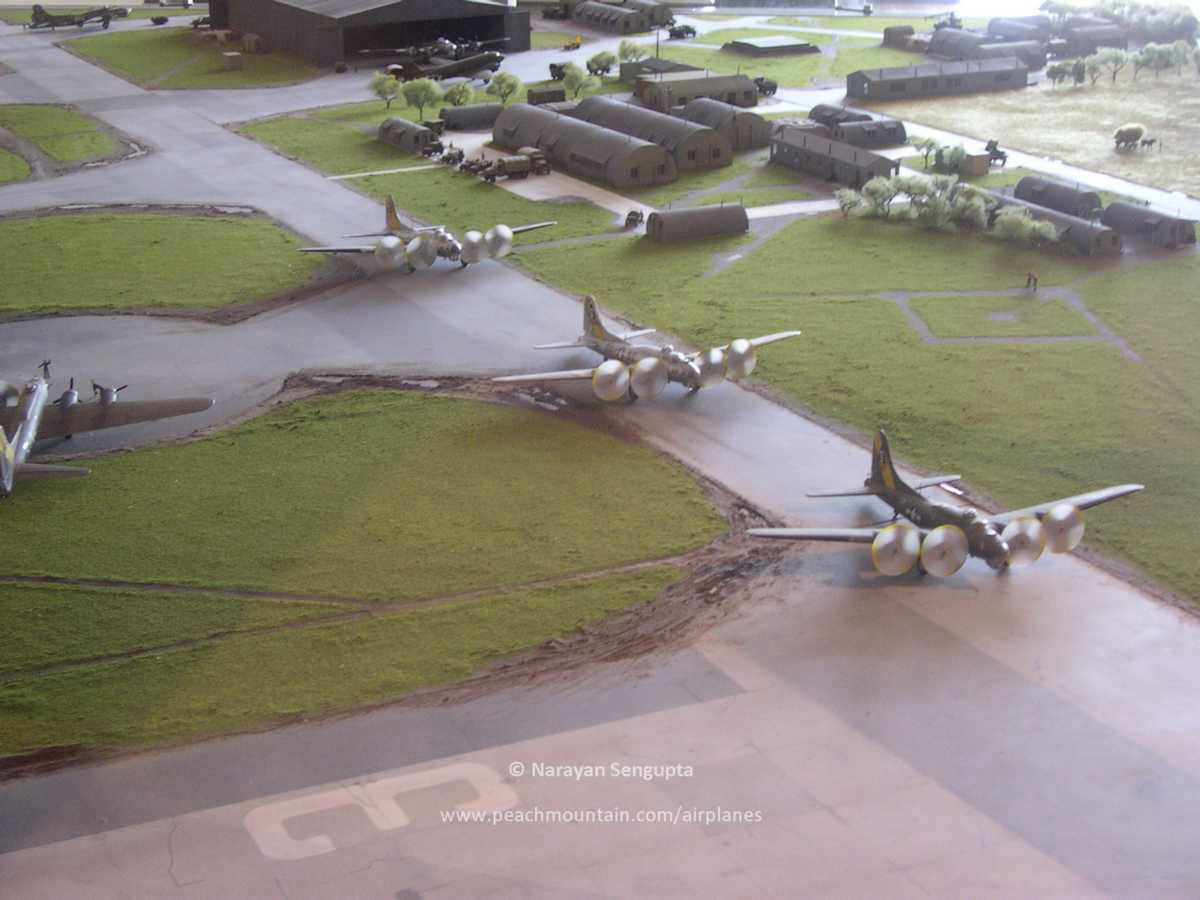 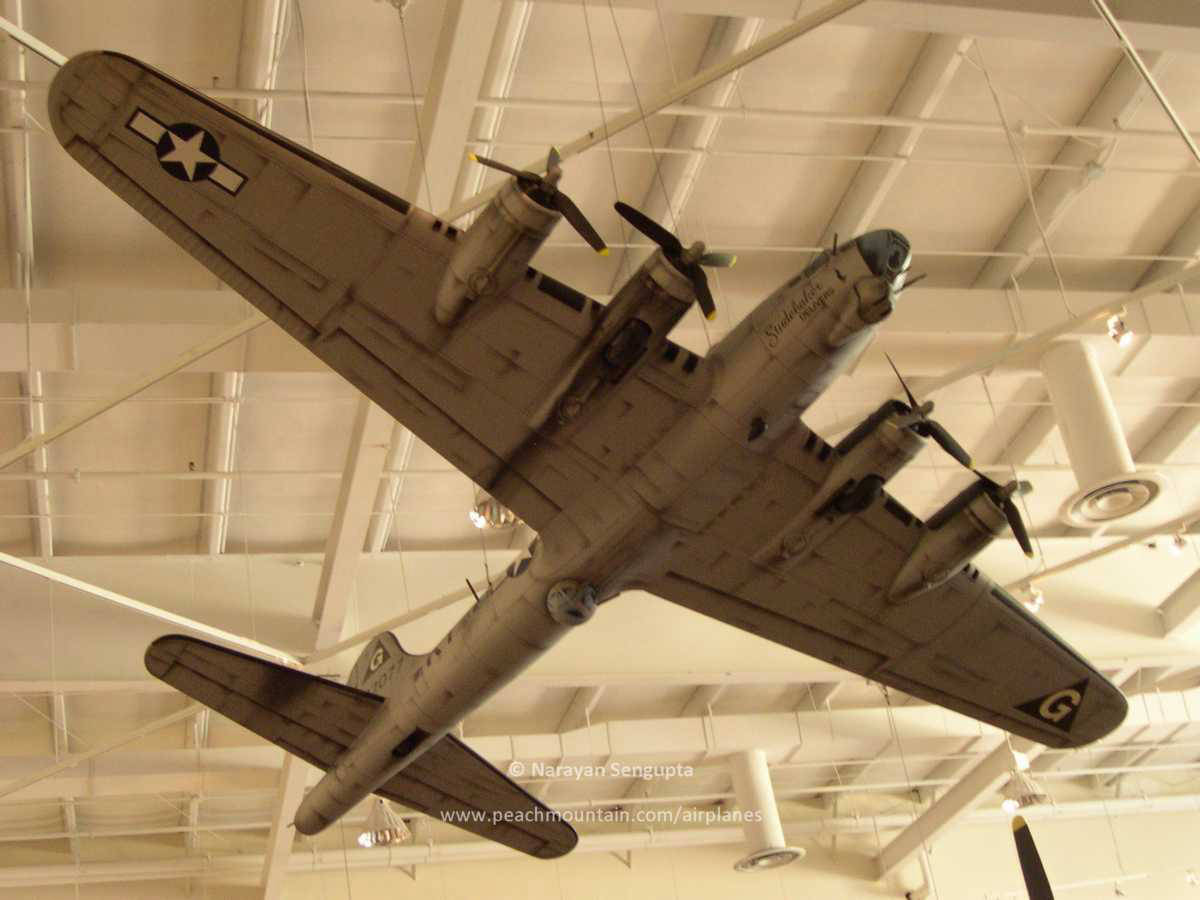 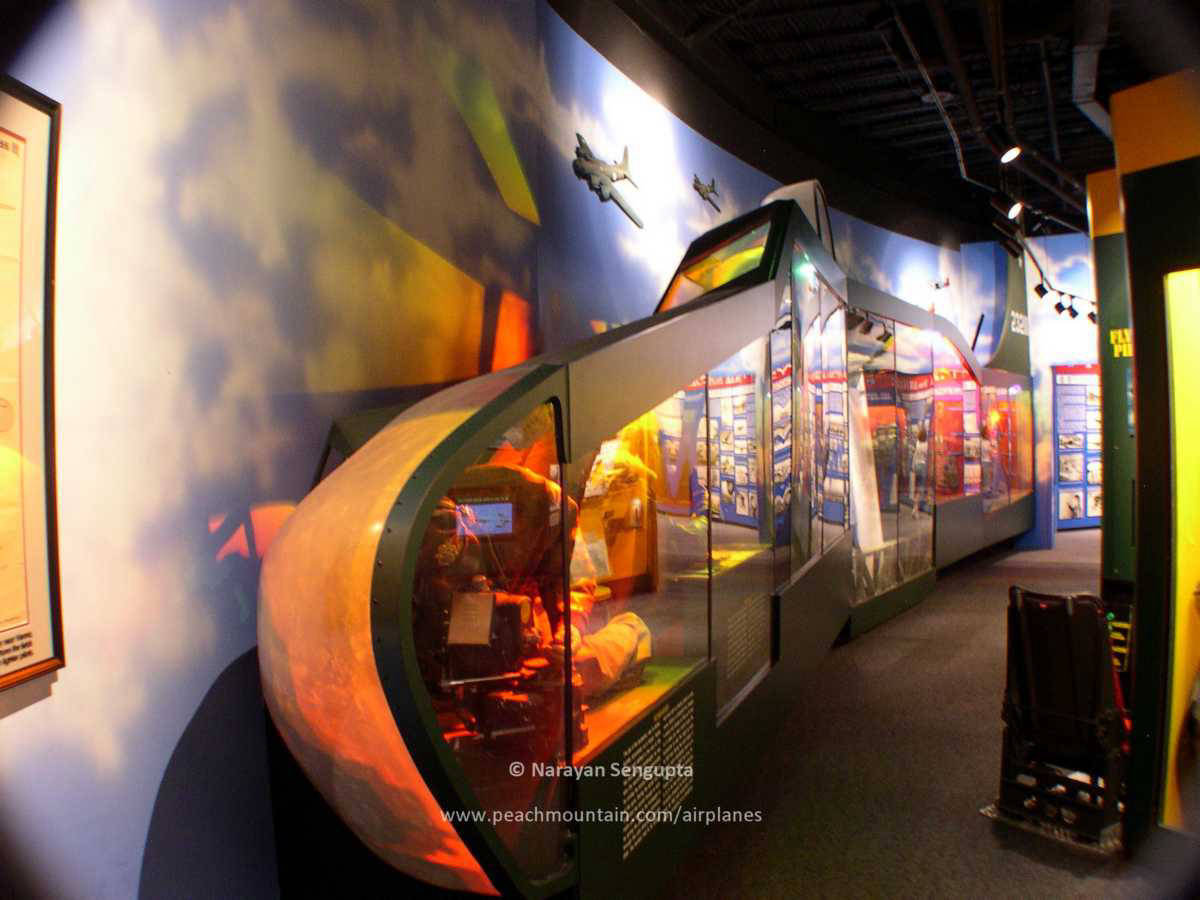 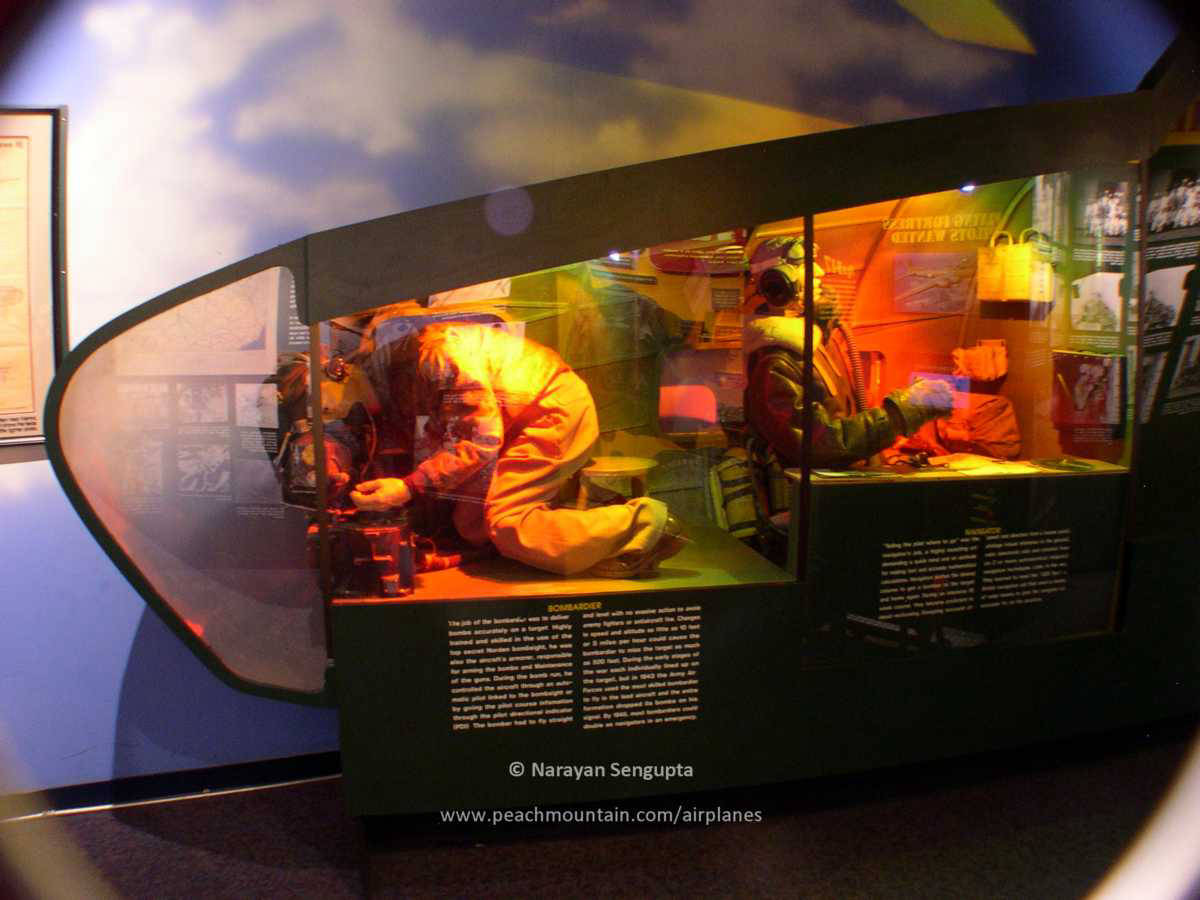 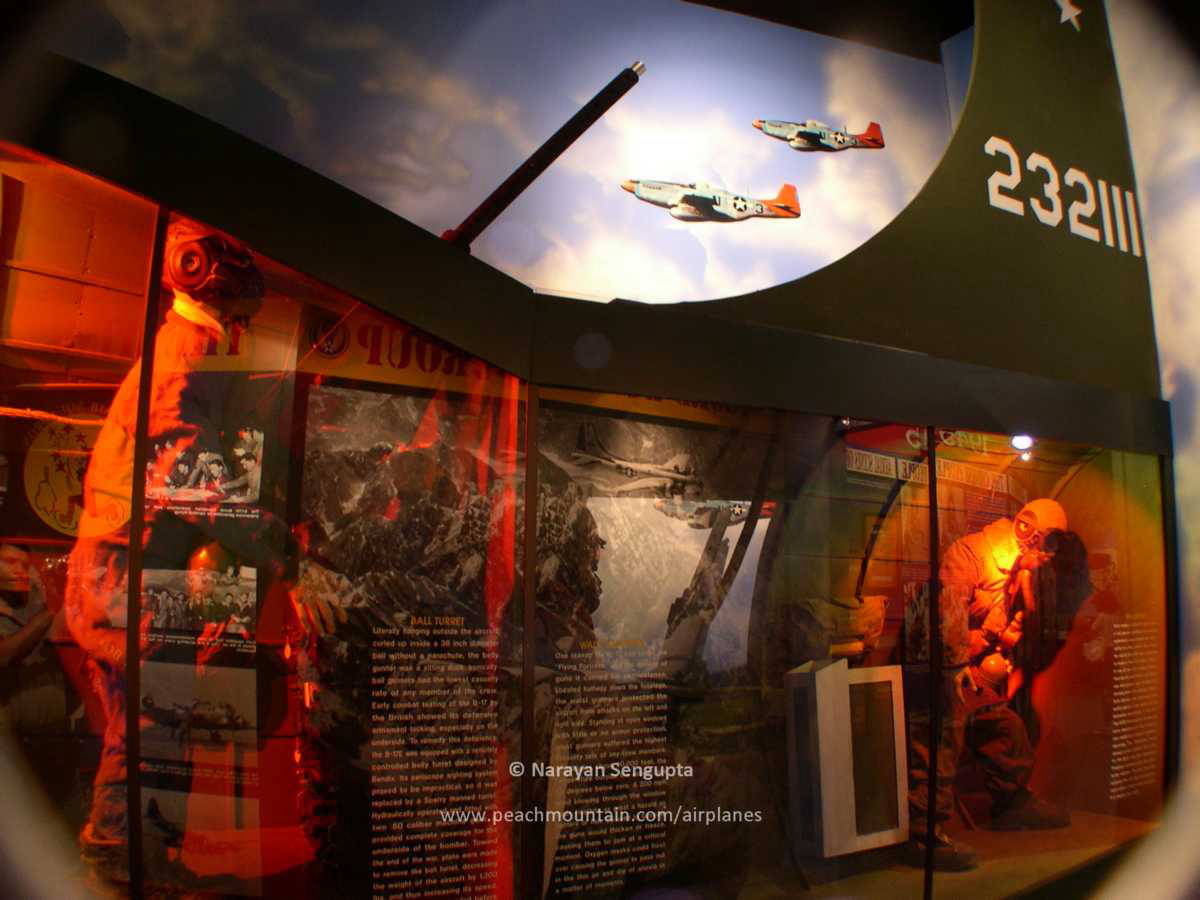 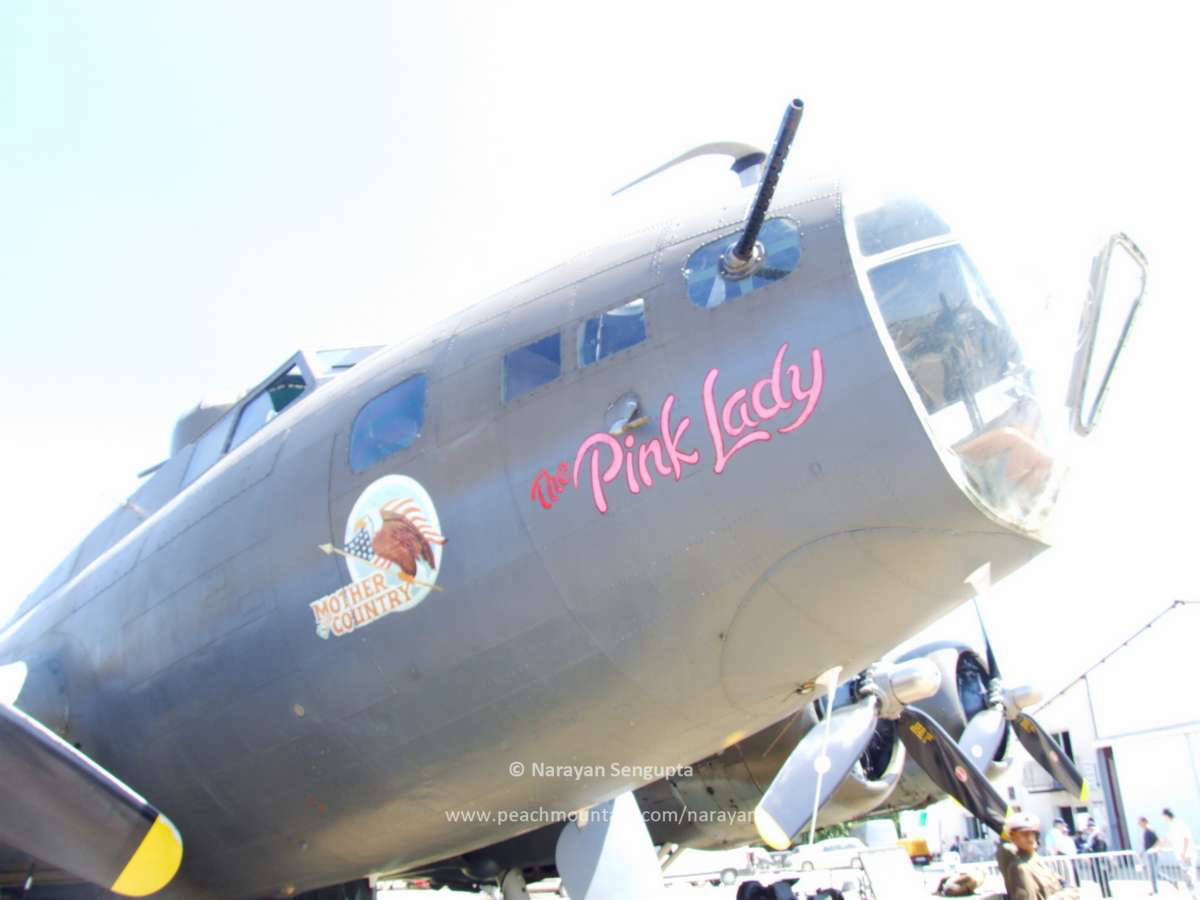 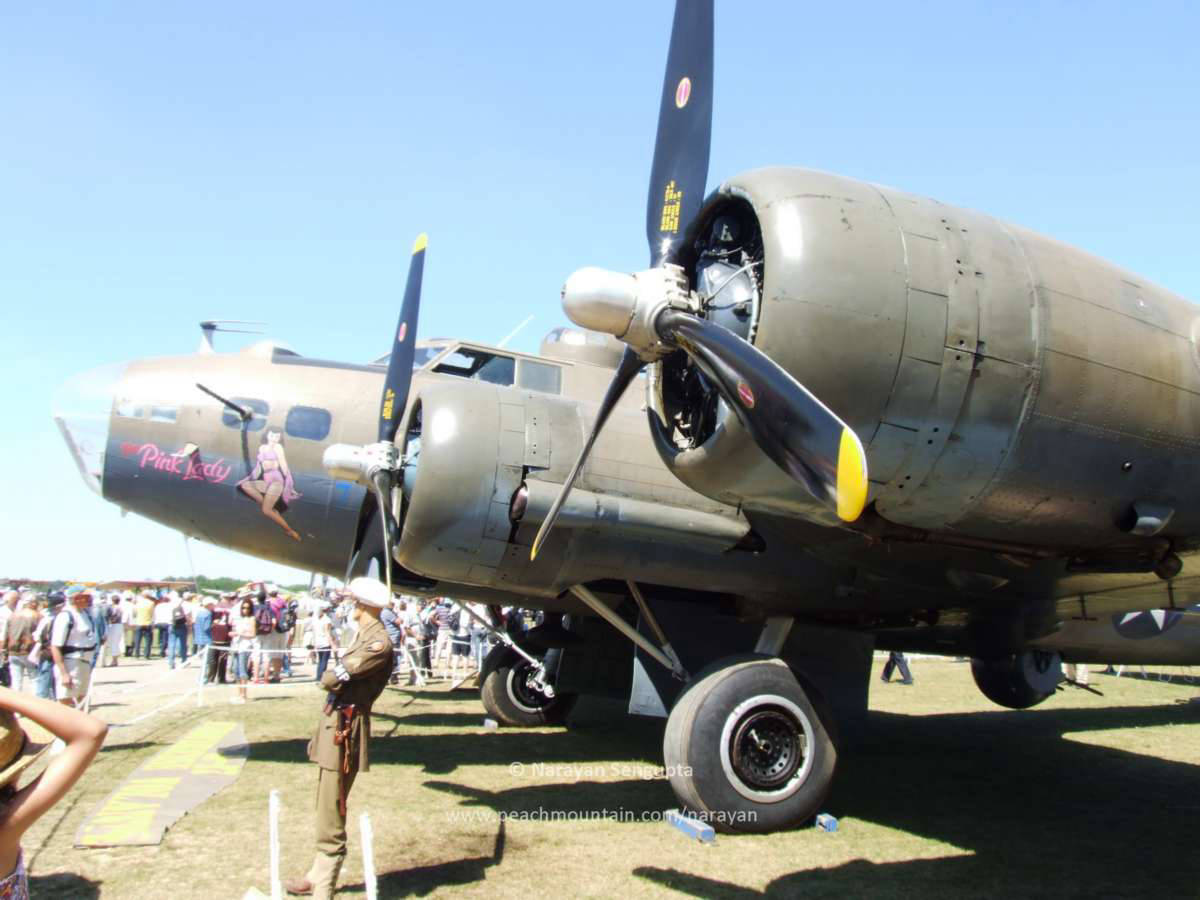 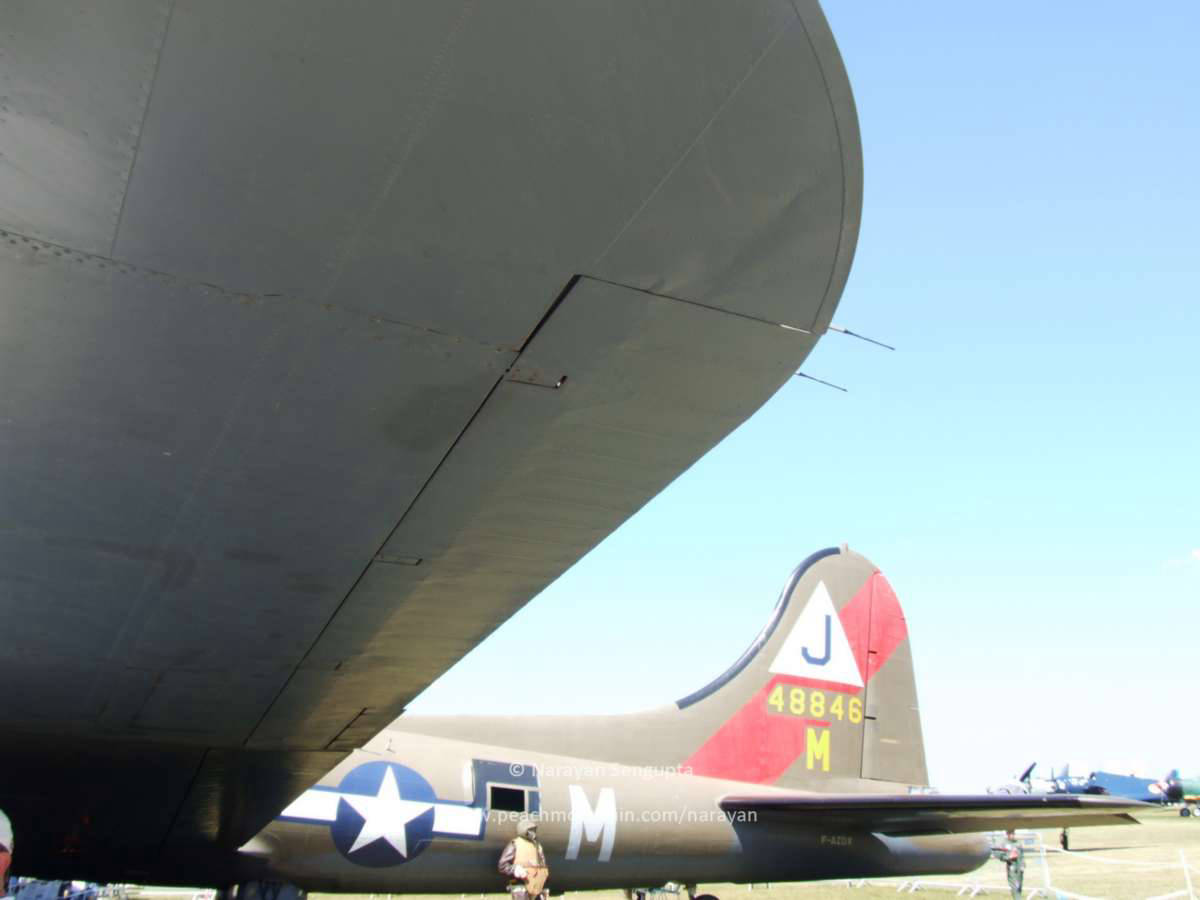 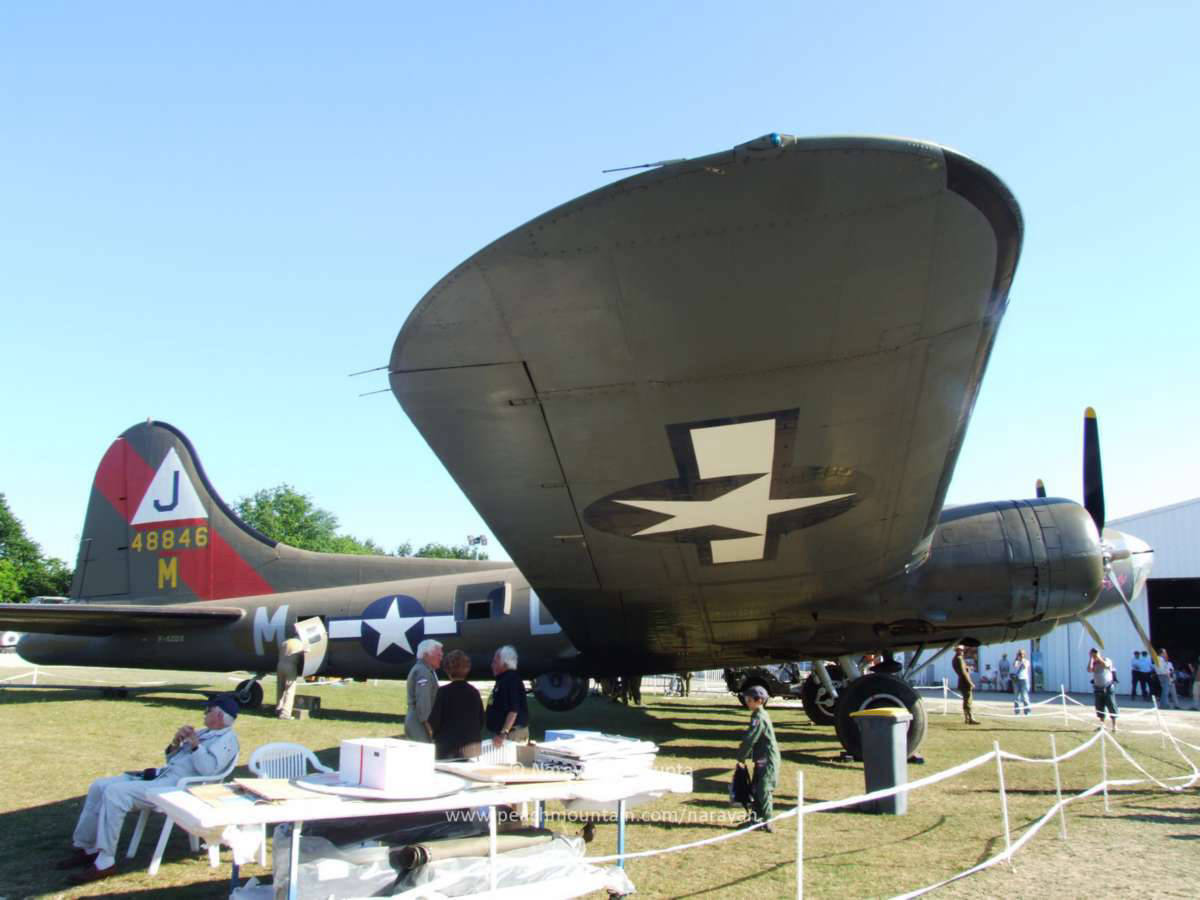 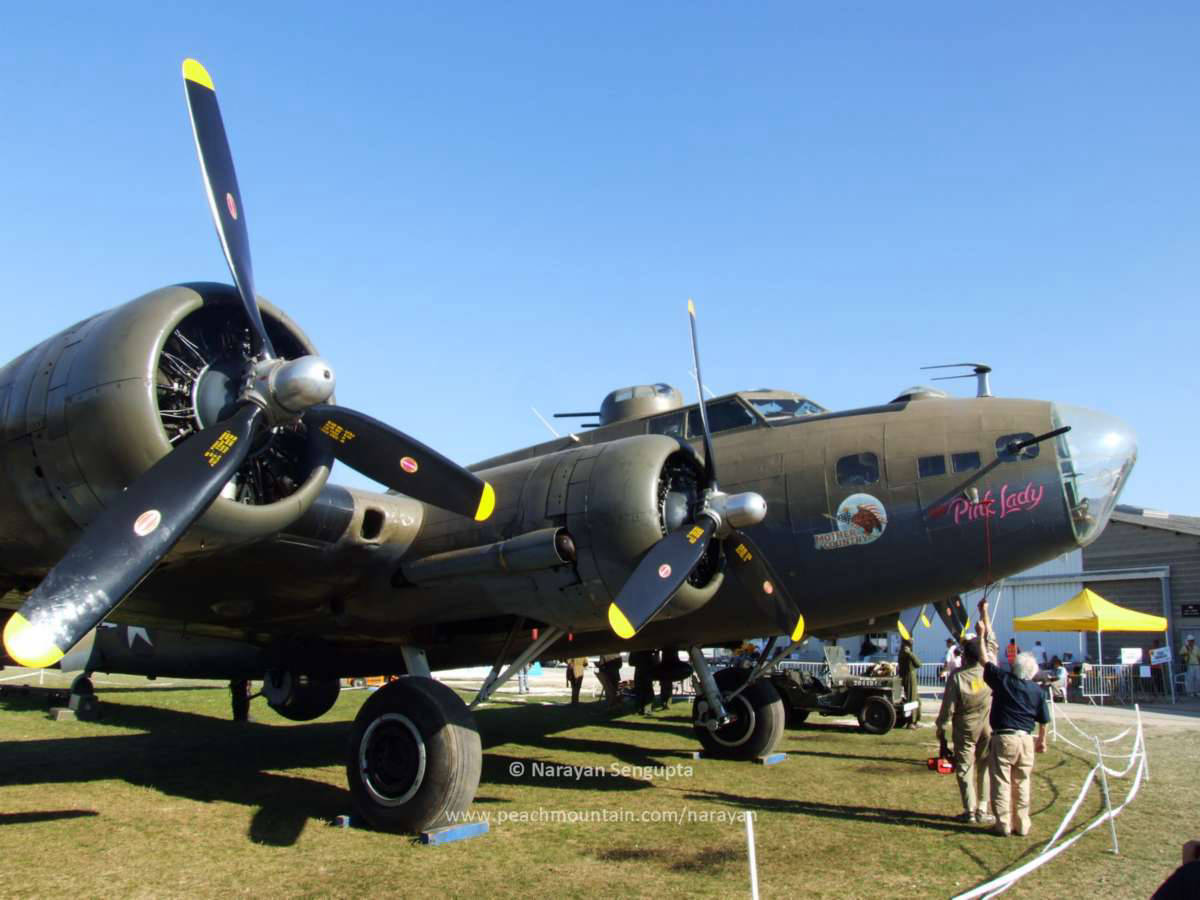