The C-130 and C-5 Galaxy are both made in Marietta Georgia.  In spite of the nomenclature, the C-130 is the much older aircraft design.  It's been in production roughly 50 years, but has been gently evolved throughout its many versions.  The C-5 can transport two tanks among other things.  Like the commercia Boeing B-747, the cockpit is well above the nose to allow a gigantic nose hatch.  Unlike the B-747, the aircraft sits on very short landing gear so vehicles can load via fore and rear ramps.  It is truly special to see and hear one of these things overhead!  The most recent USAF transport is the C-17, not yet pictured. 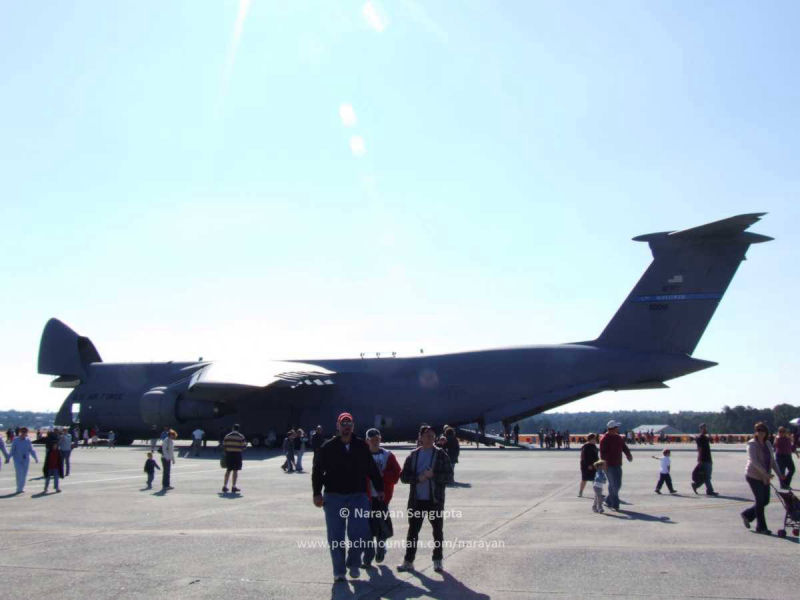 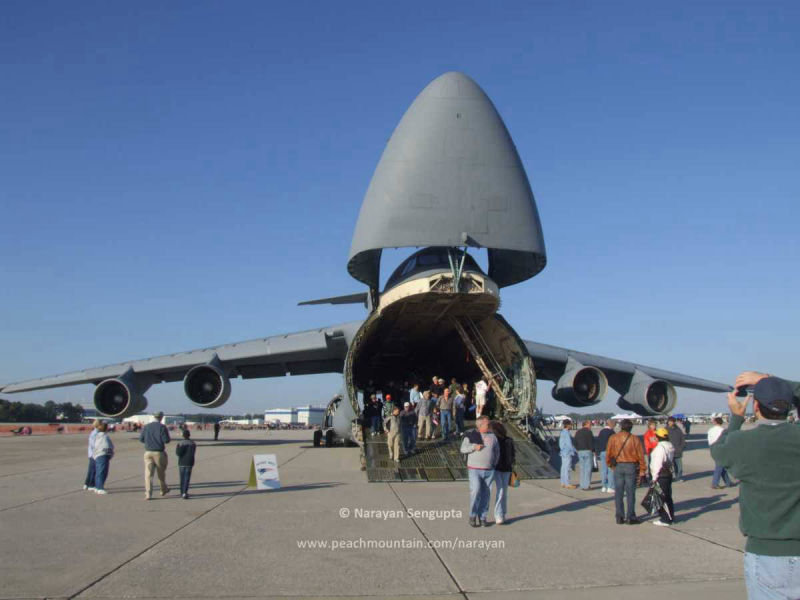 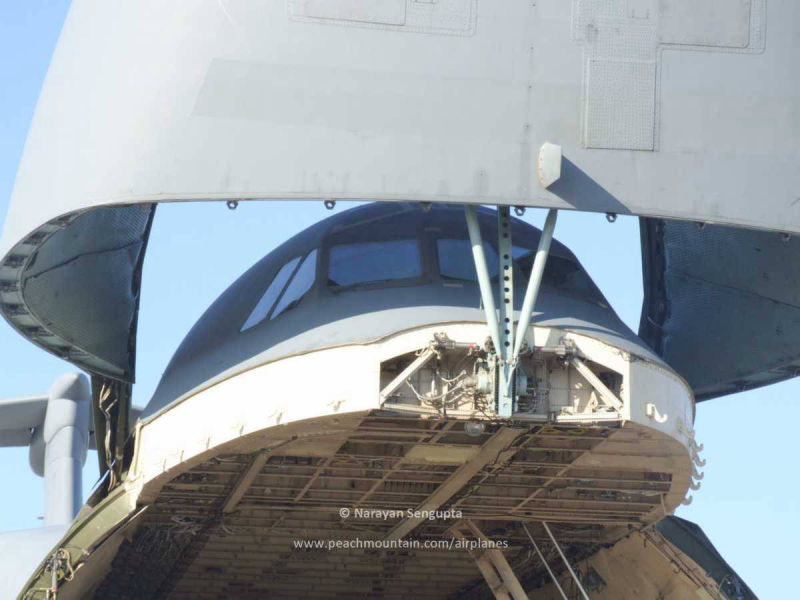 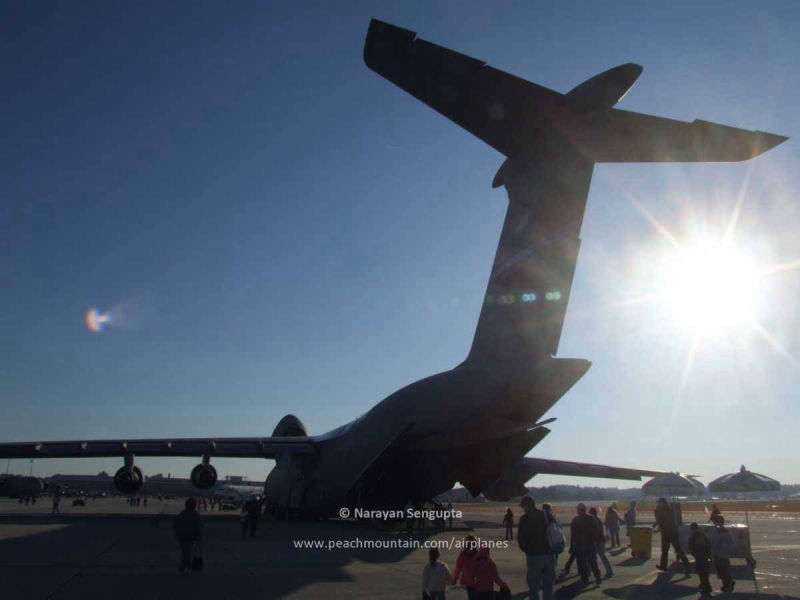 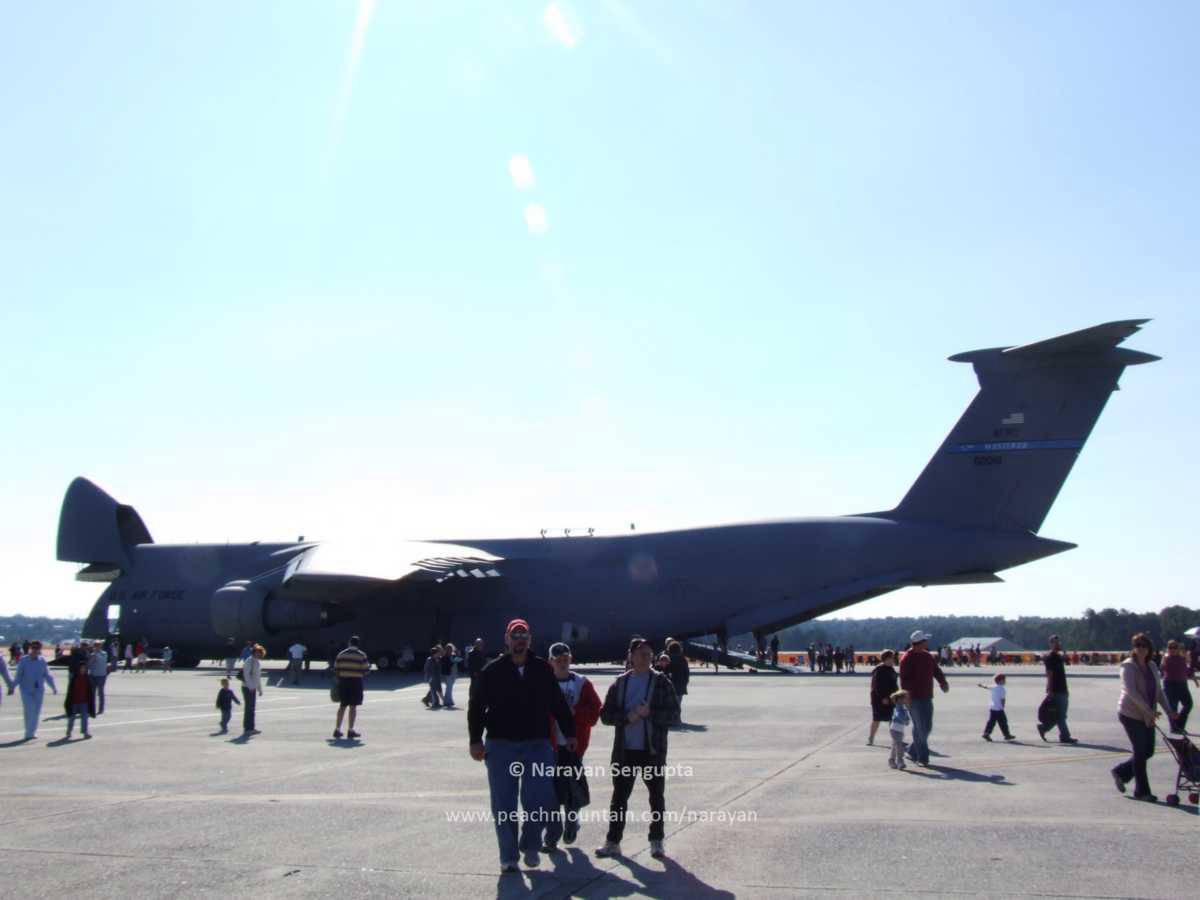 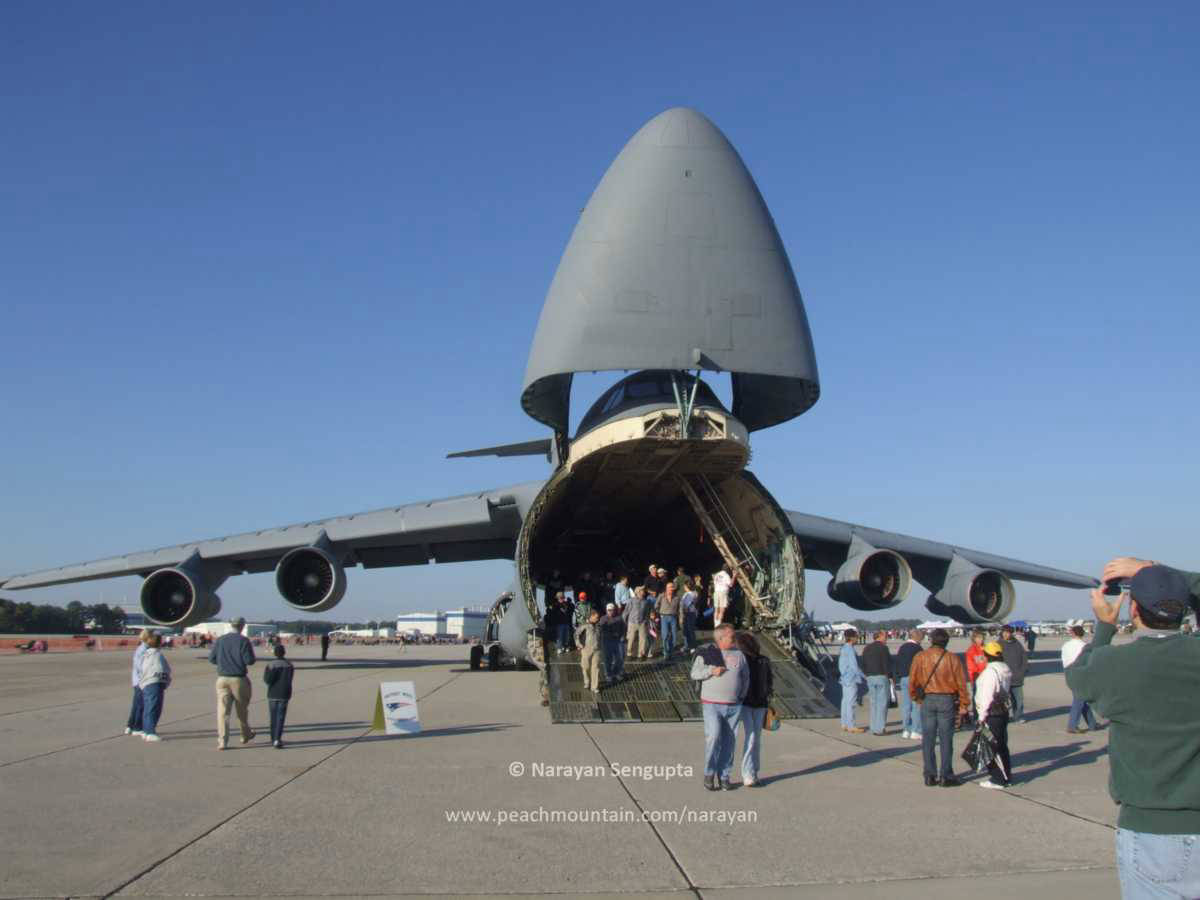 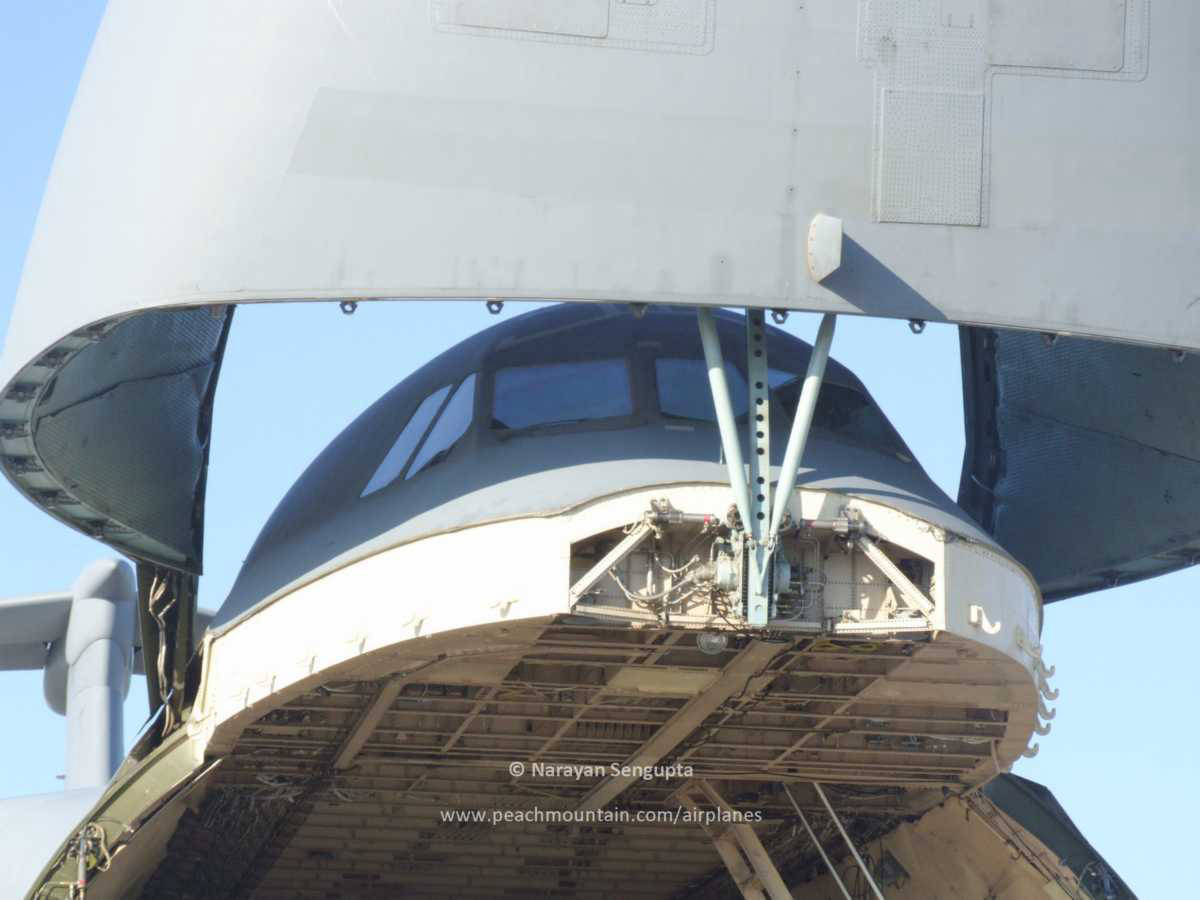 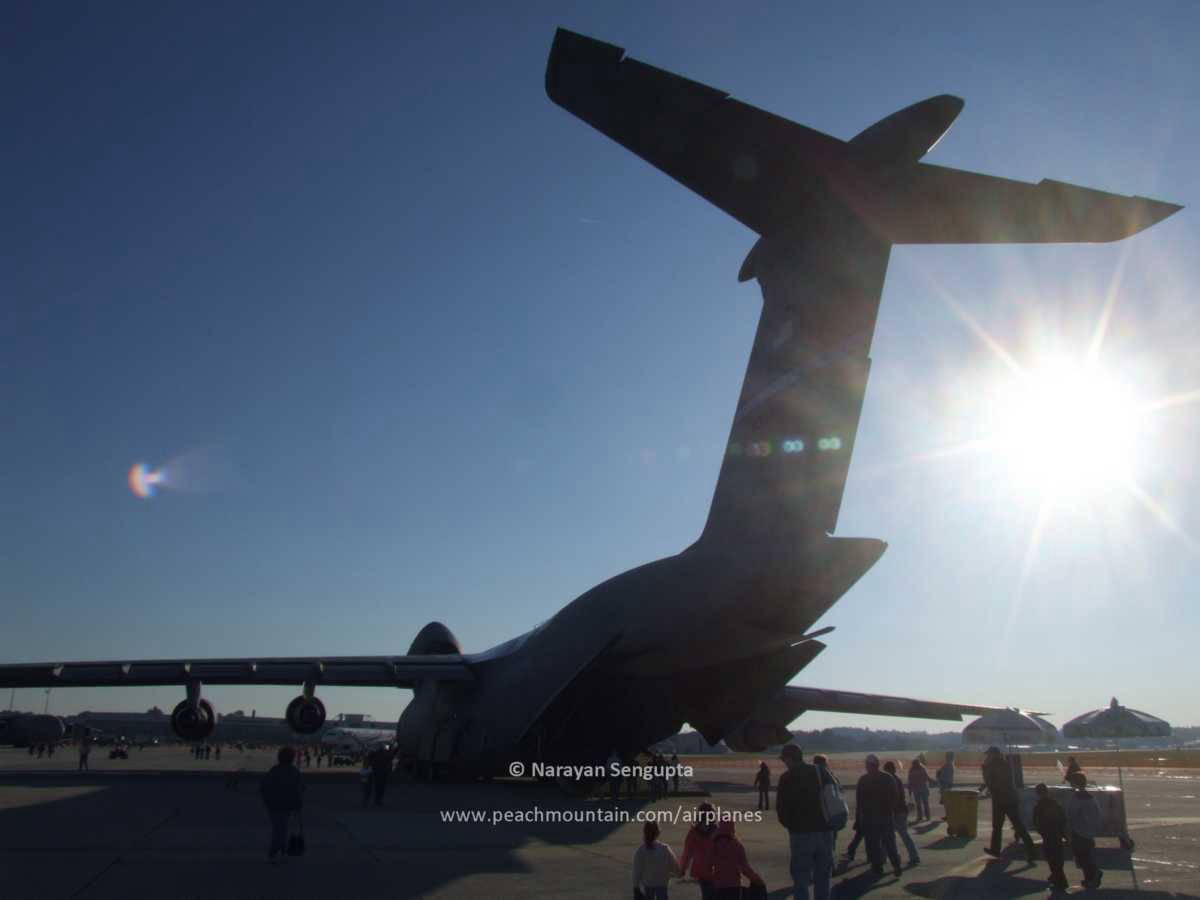