The big flying boat is the sole surviving Consolidated PB2Y Coronado, BuNo 7099. It served as a flag transport late in WWII and transported FADM Chester Nimitz to Tokyo for the Japanese surrender on 2 September 1945. Howard Hughes acquired the aircraft postwar and used it to train in large seaplane operations, in advance of the sole flight of his H-4.  - Mark Morgan

Built by Consolidated Aircraft. Four engines. Intended as a heavily armed, long range patrol bomber it was too slow to be matched up against Japanese Navy aircraft of the same type nor against the many fighter floatplanes in IJNAF Service. Served with USN and RAF as a priority transport. The RAF base Bermuda on Darrell’s Island had a small cluster of Coronados at the end of the war. Towed out south of the Bermuda Archipelago and sunk by gunfire from a surface warship. -  David P. Murphy 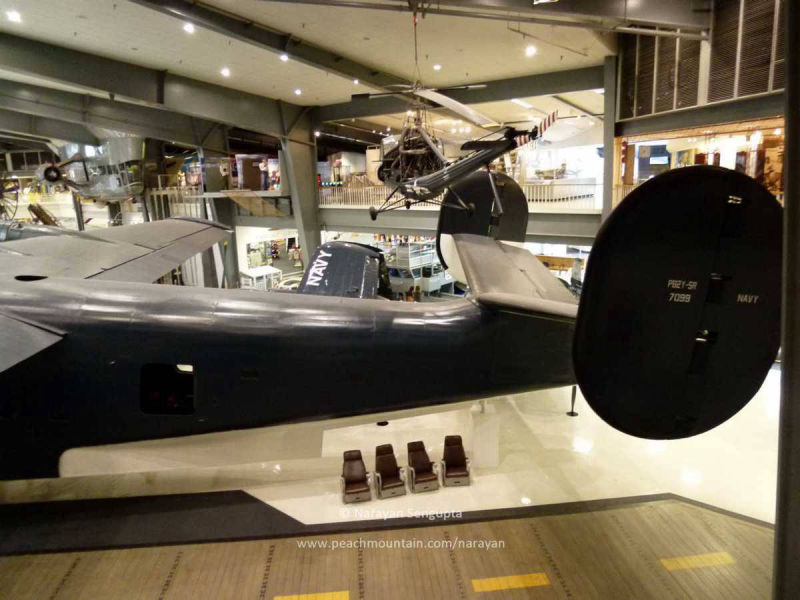 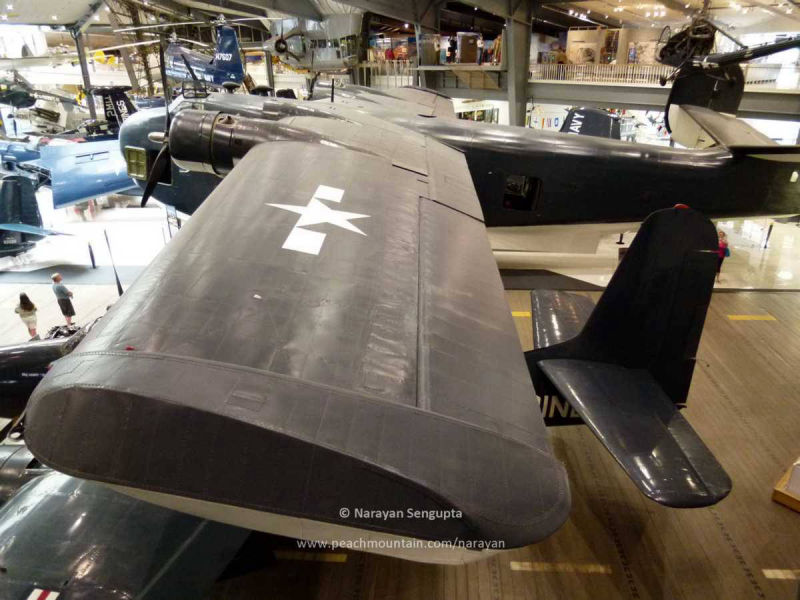 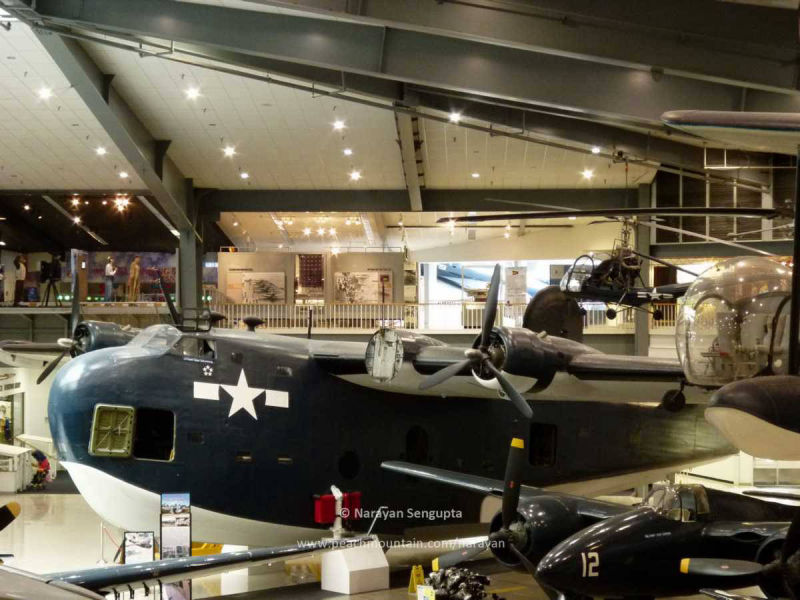 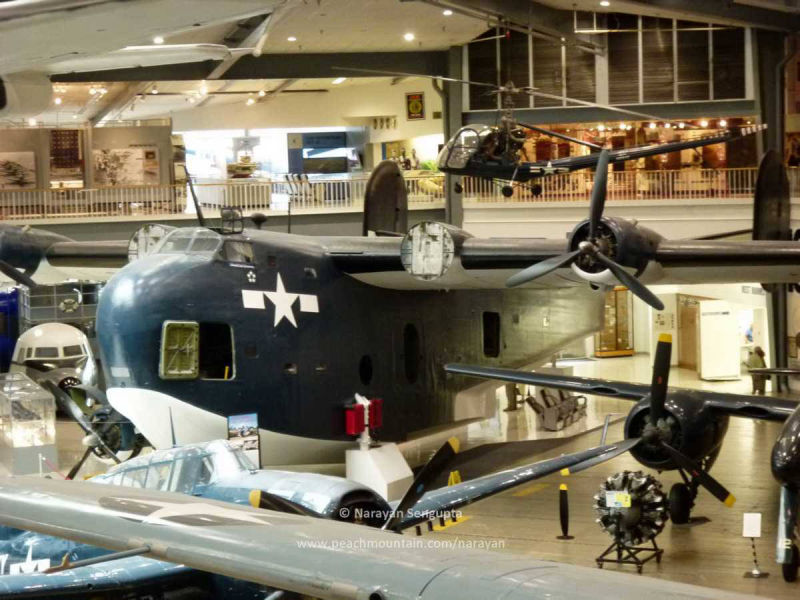 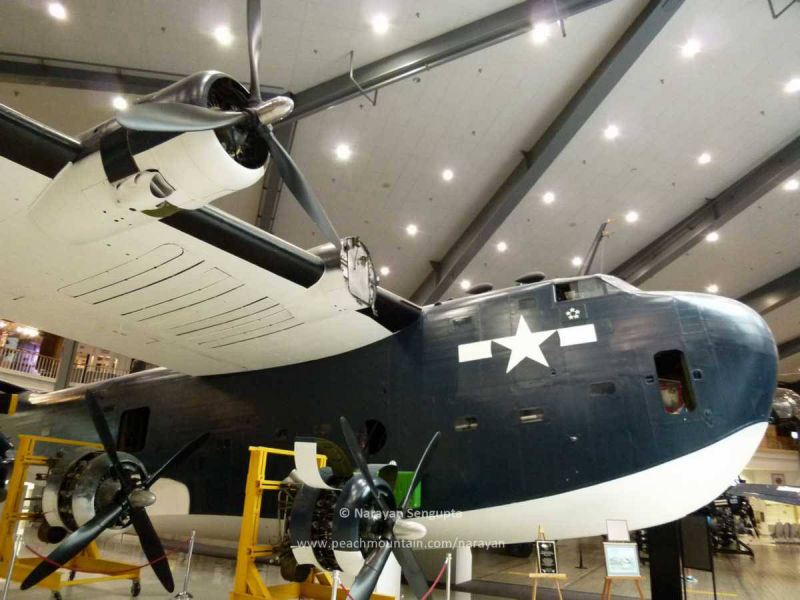 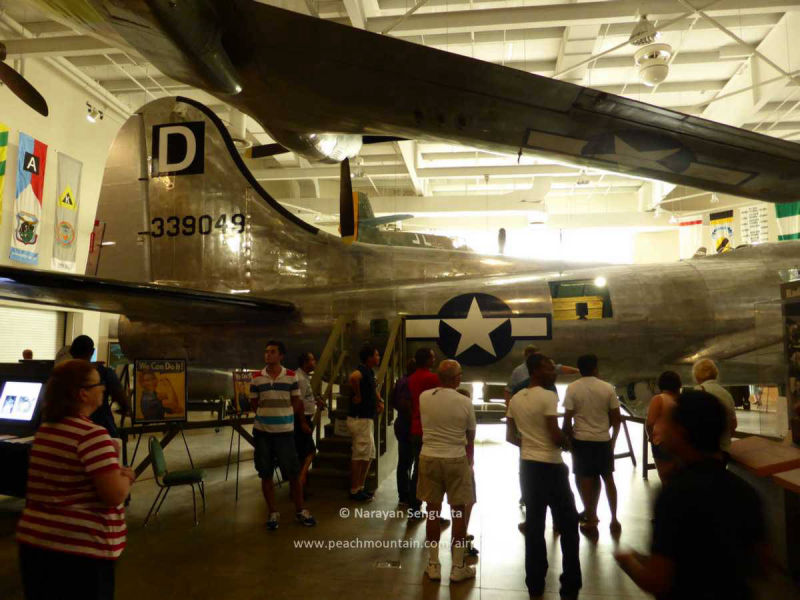 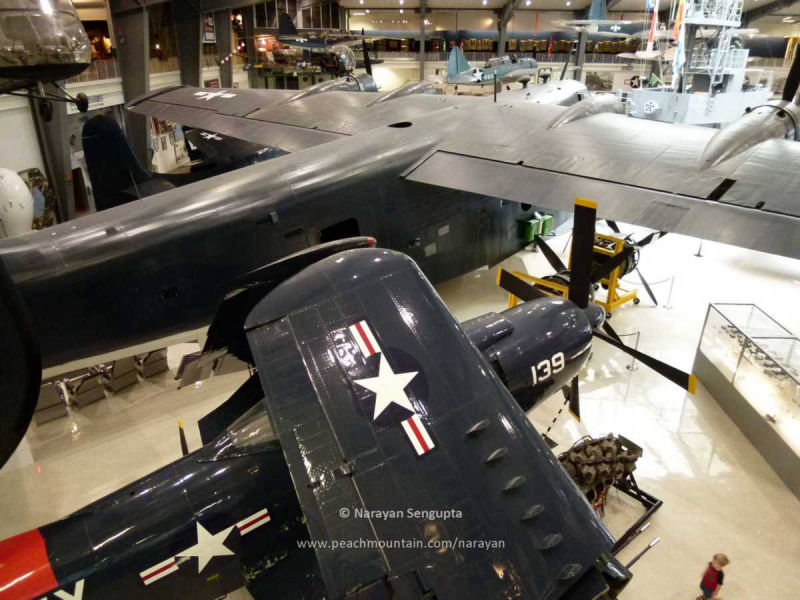 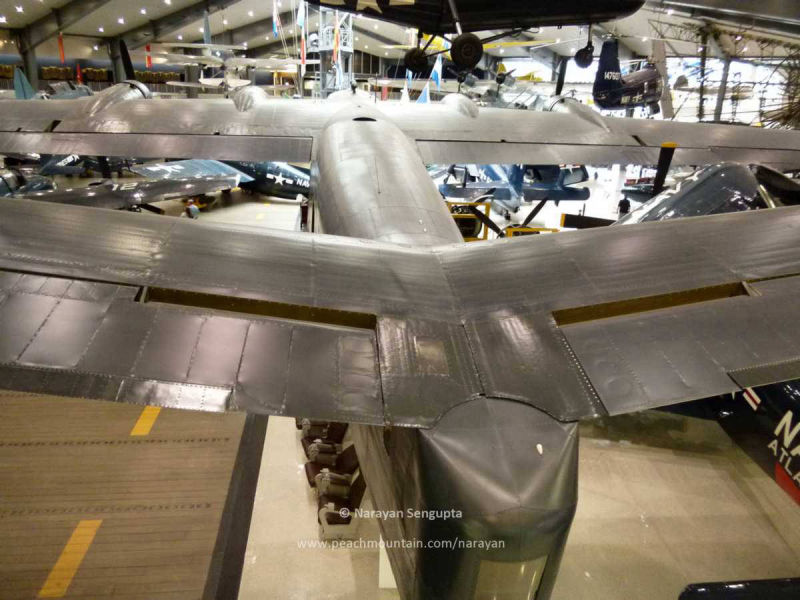 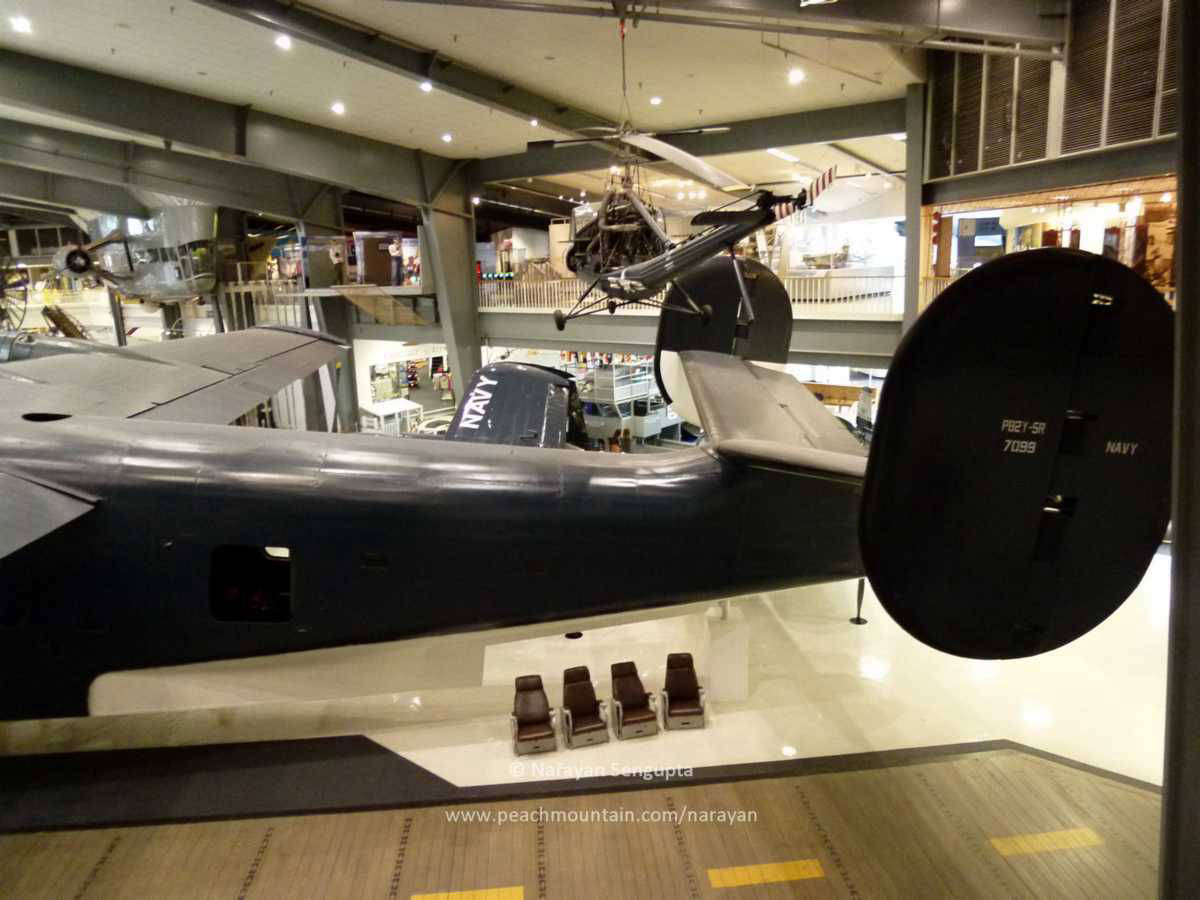 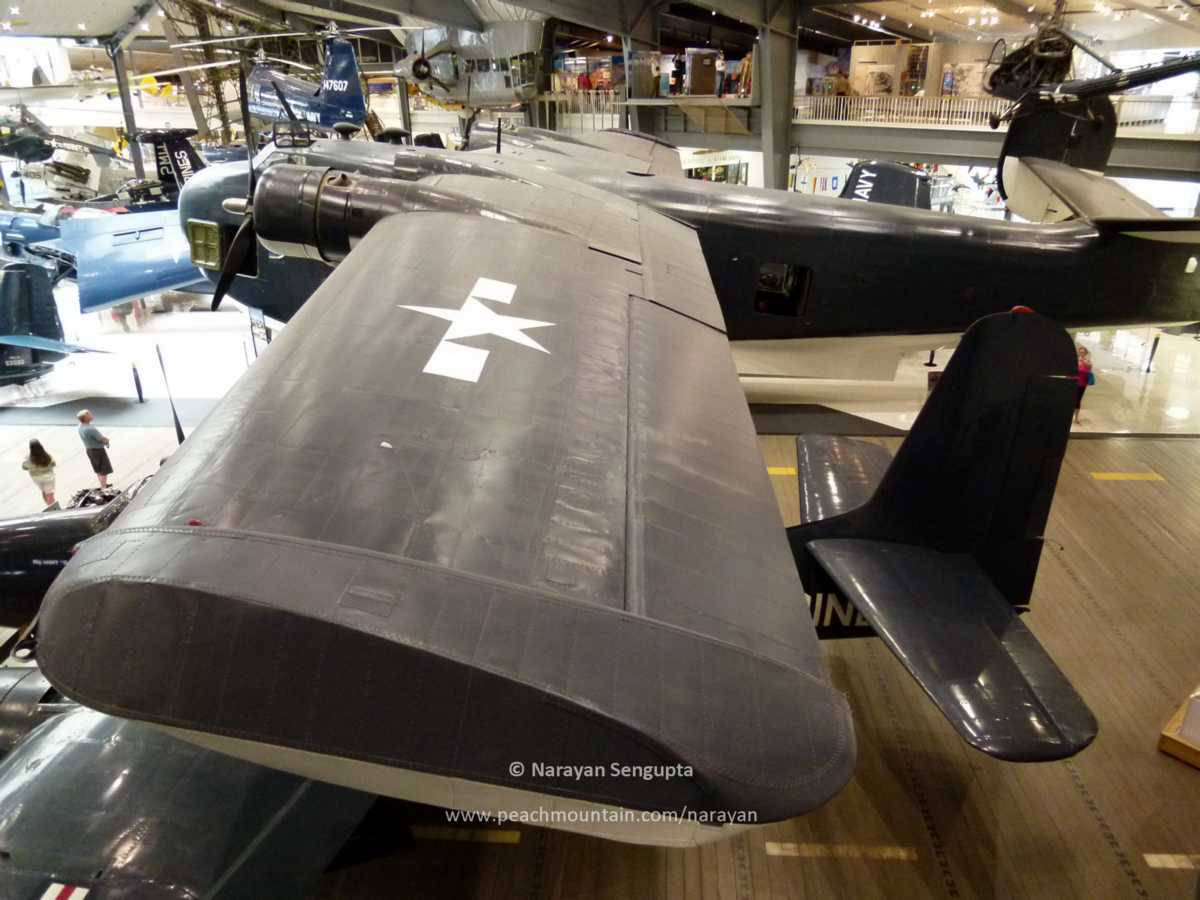 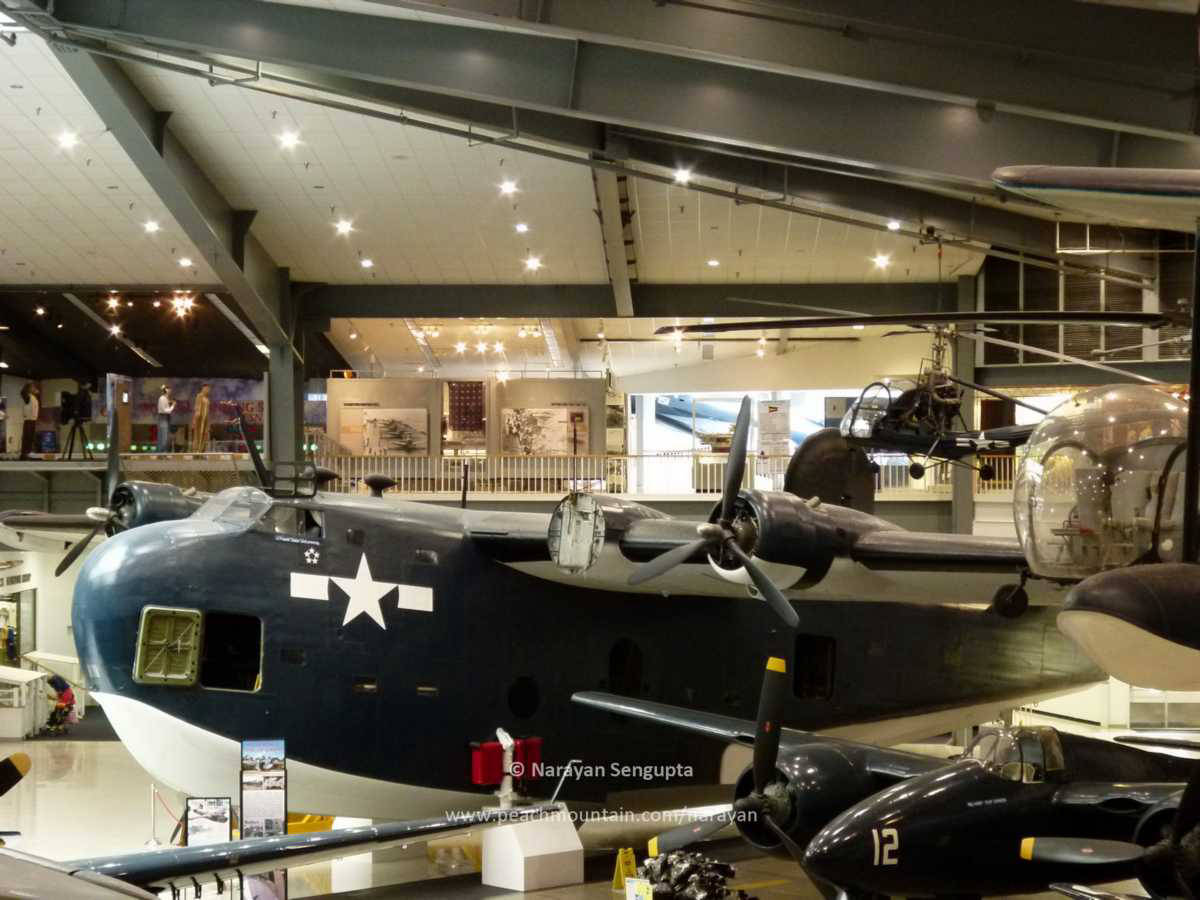 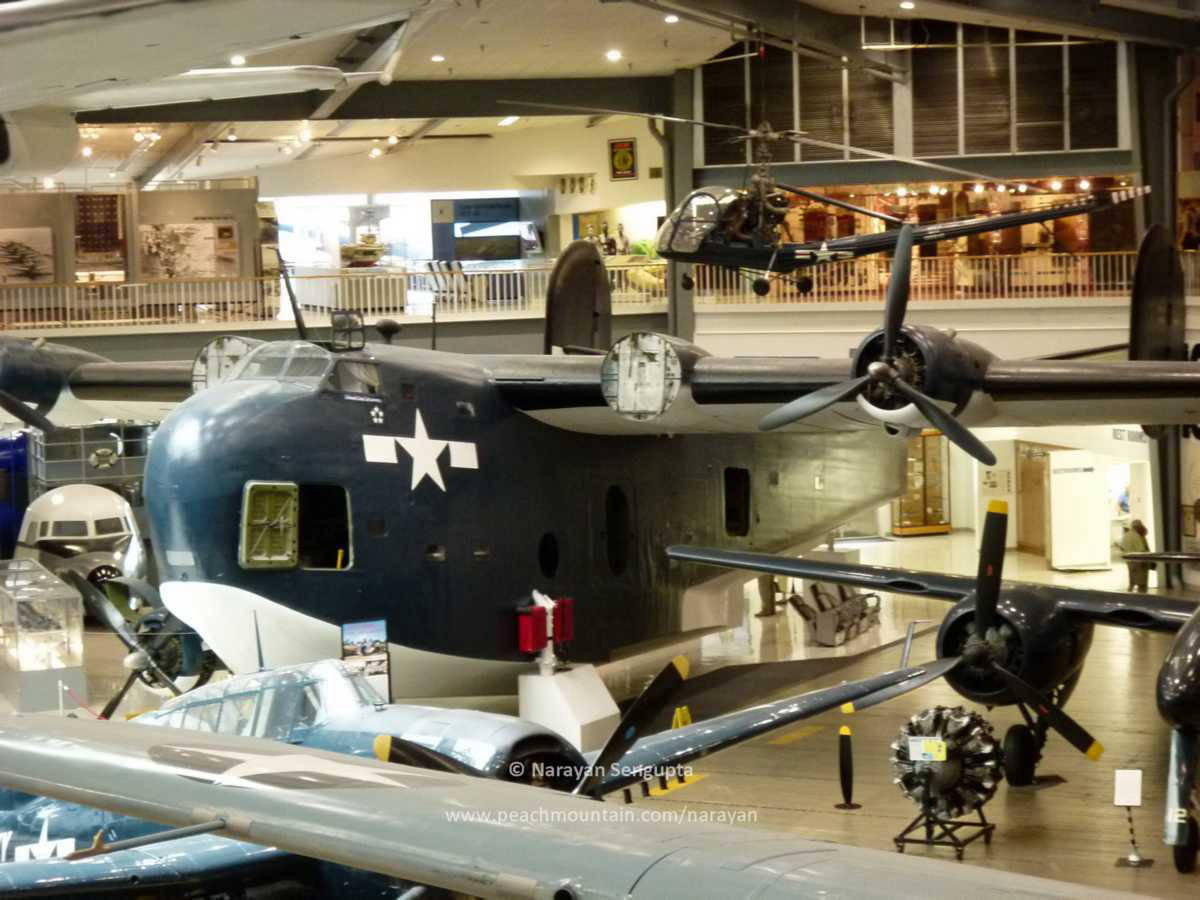 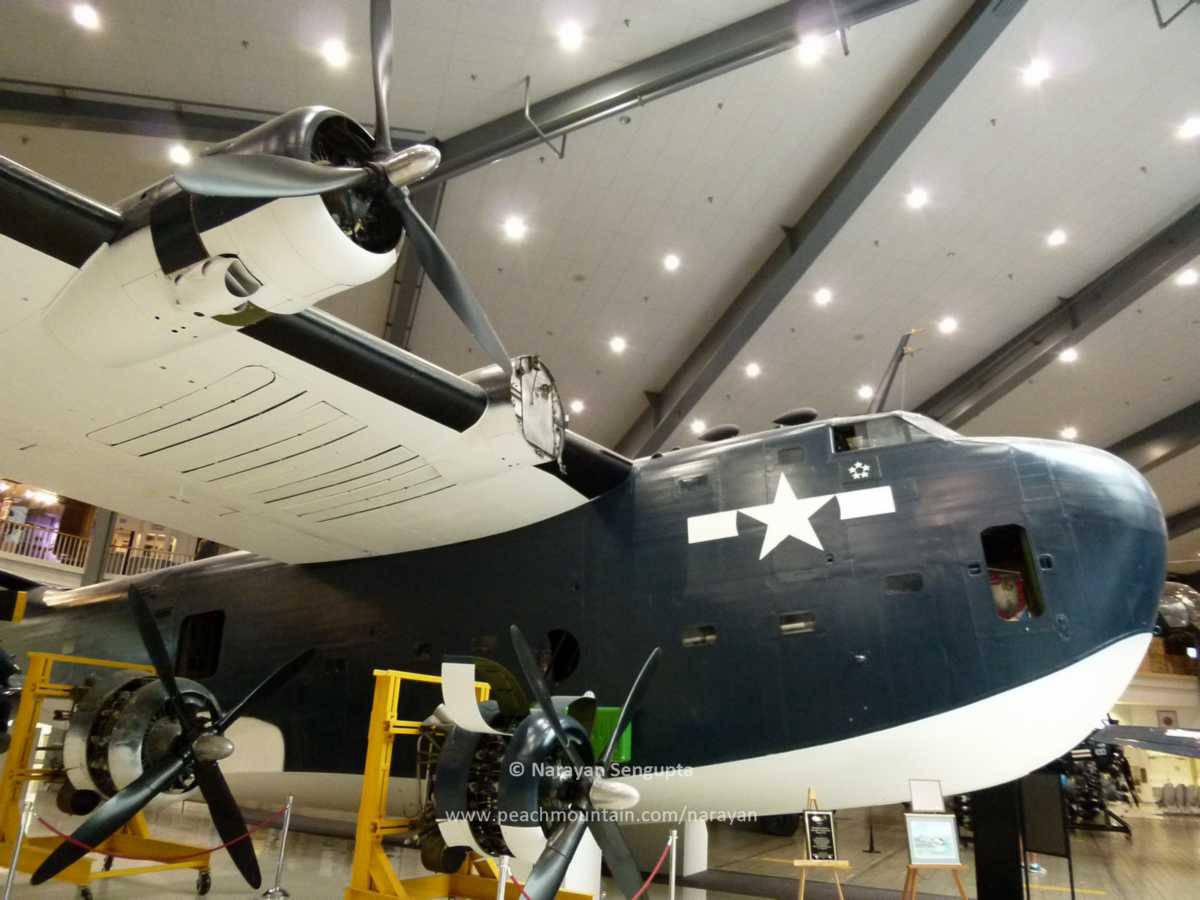 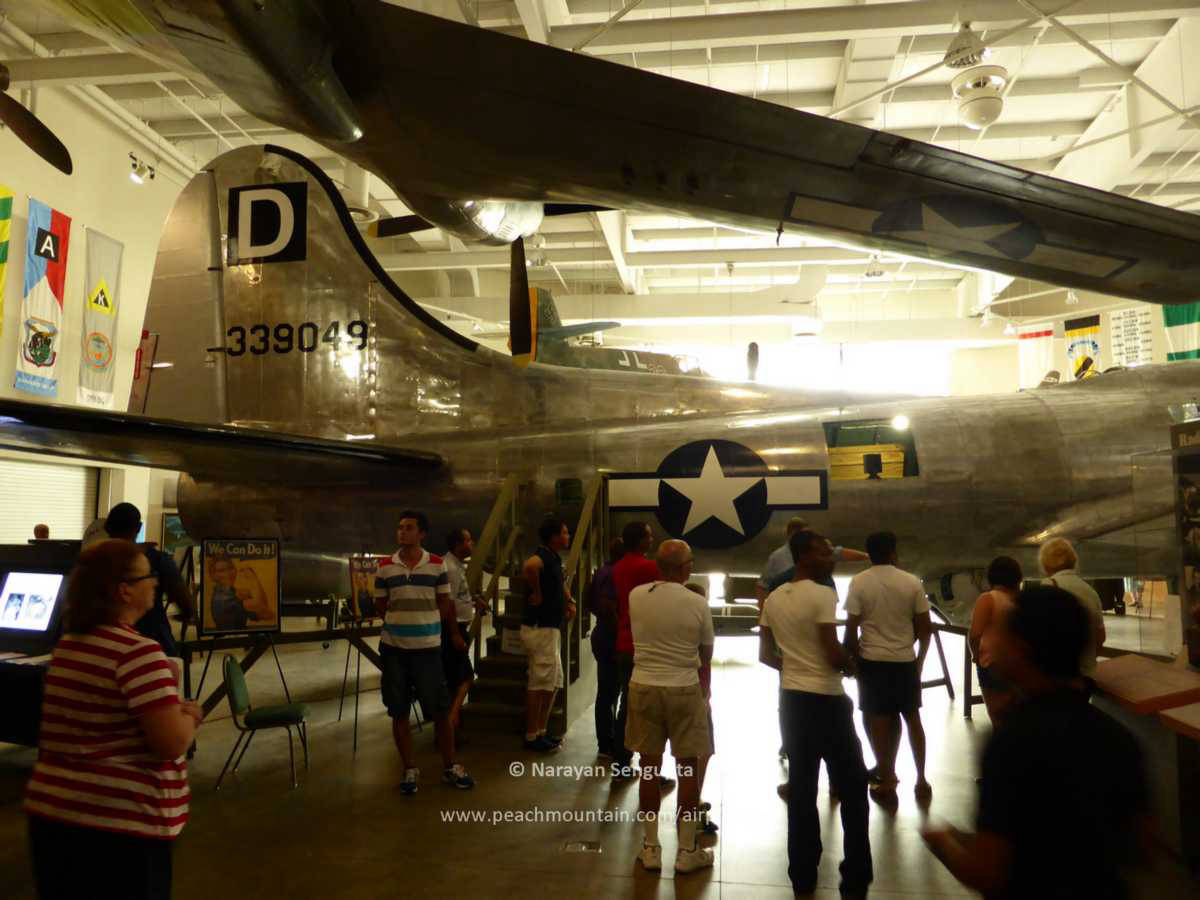 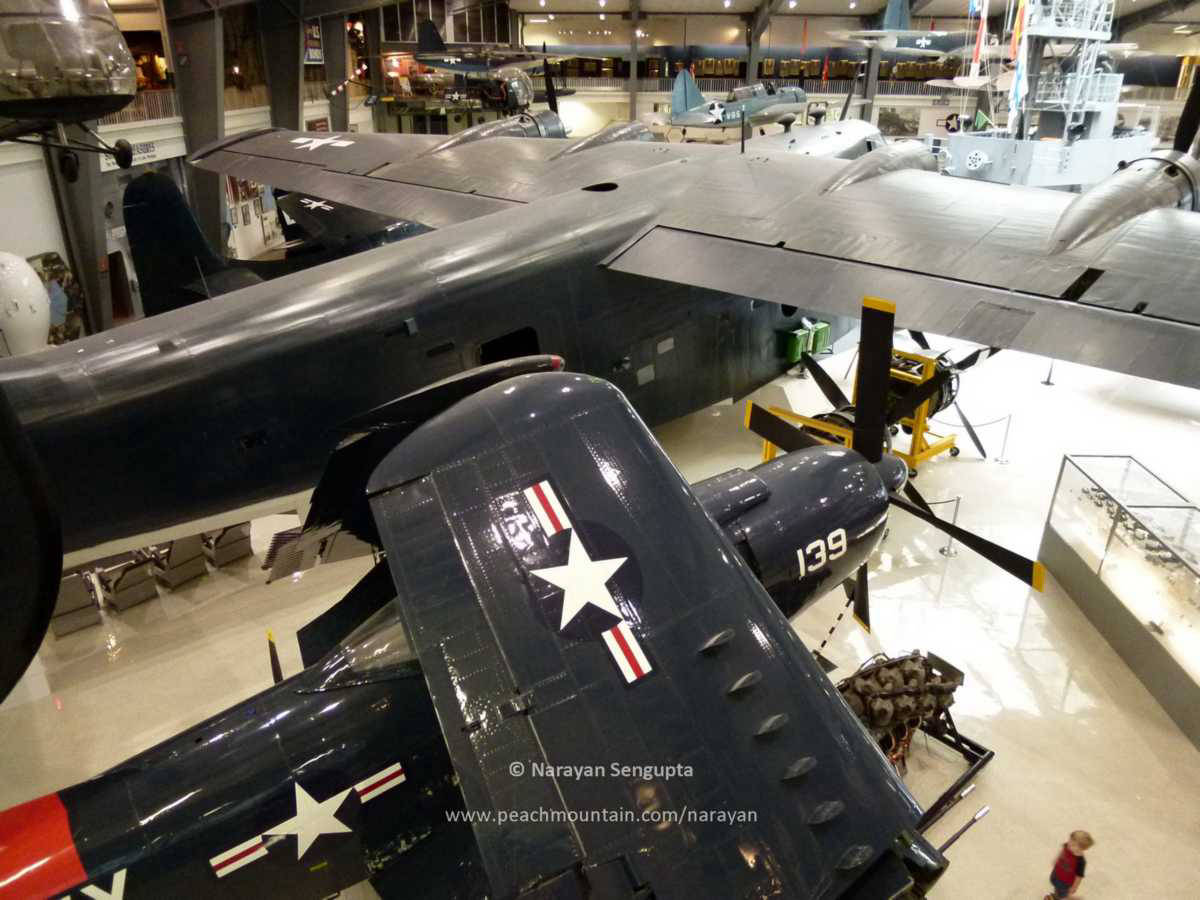 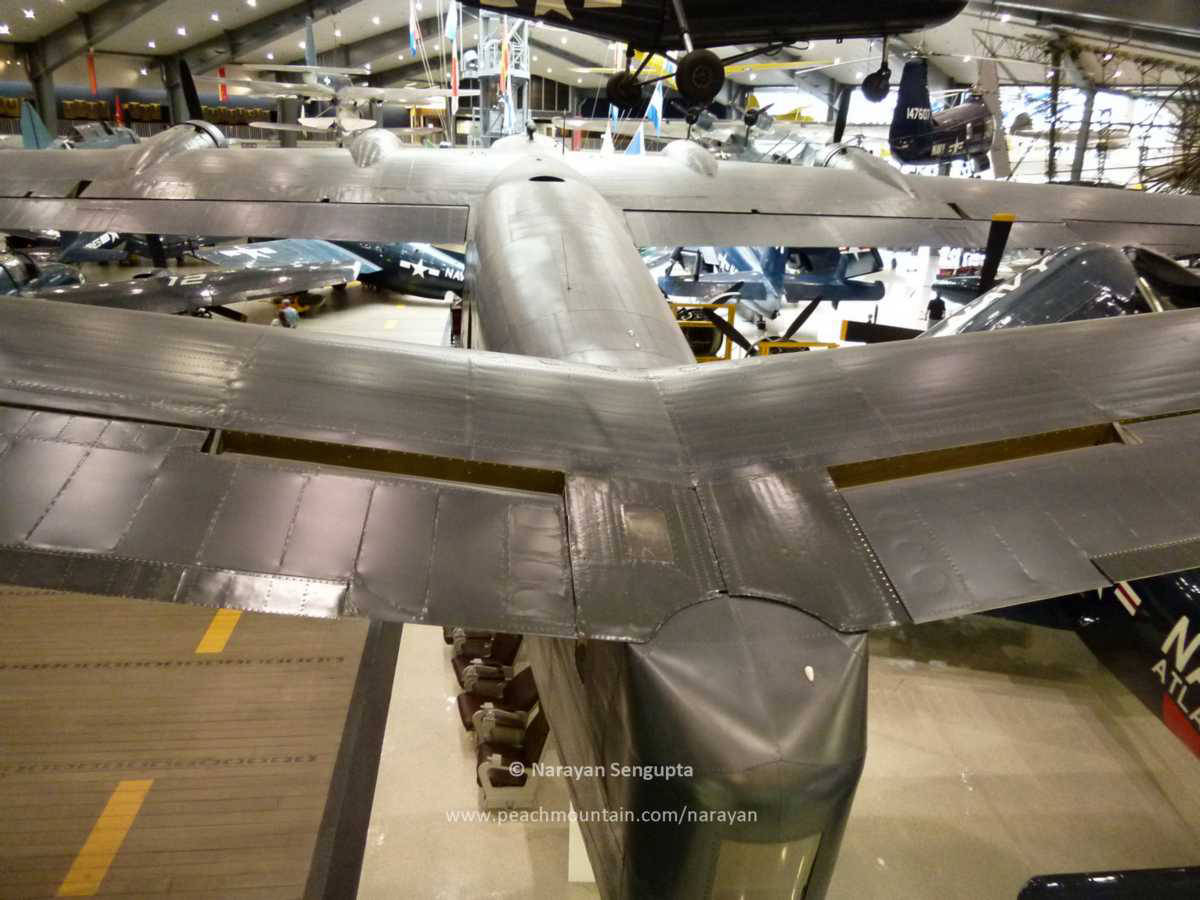 Other features of the Coronado That it had in common with the PBY Catalina was the retracting wing stabilization floats that once folded up, became part of the wingtips. This was a feature on the PBY Catalina also produced by Consolidated, the company also known for the B-24 Liberator. - David P. Murphy