Photos of B-25 Mitchell

This light bomber was named after Billy Mitchell, who commanded American air forces in France in World War I.  He was disgraced for his audacity, but his theories of airplanes triumphant over ships proved right.  The B-25 in the vast black hangar is at the National USAF Museum, Dayton, Ohio, while the other one is at Planes of Fame in Arizona.  Interested in this aircraft?  There's more to read below. 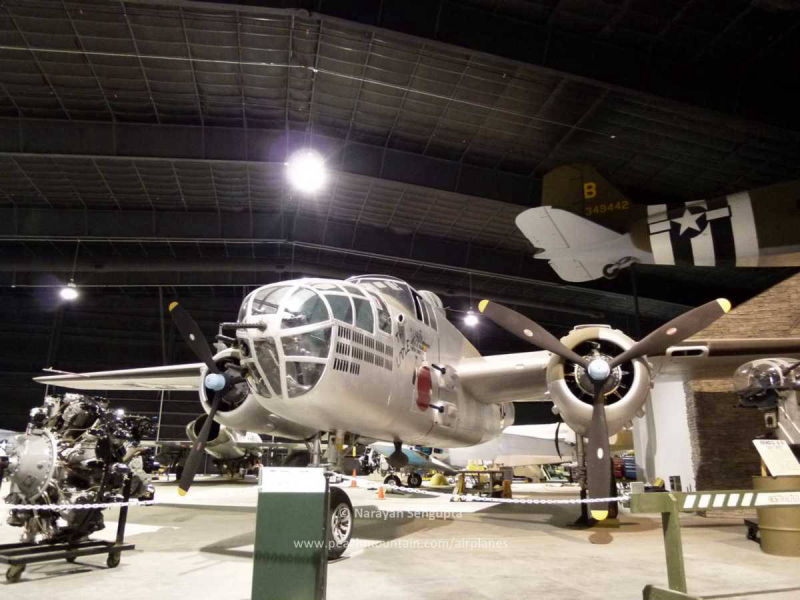 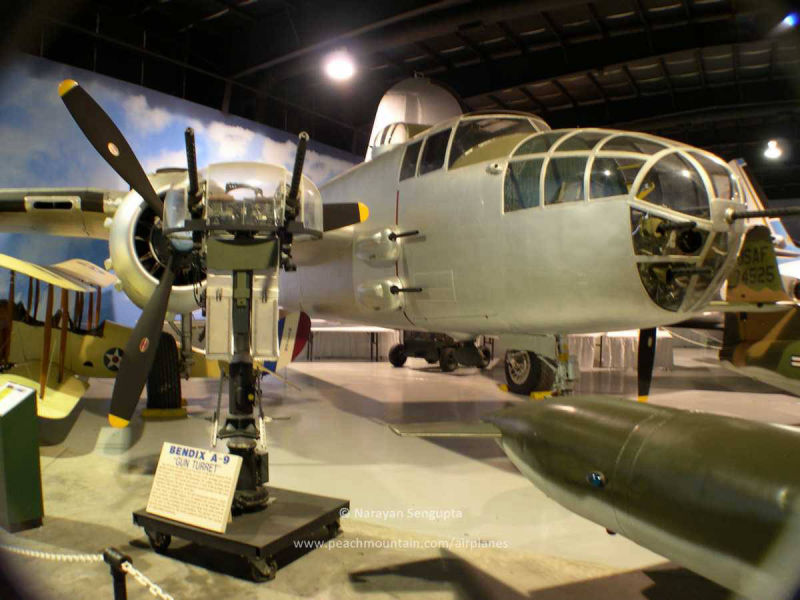 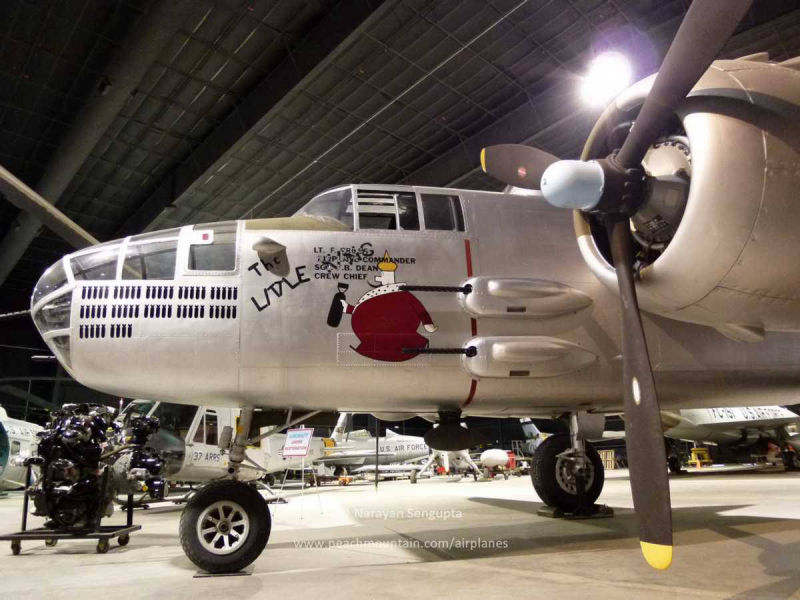 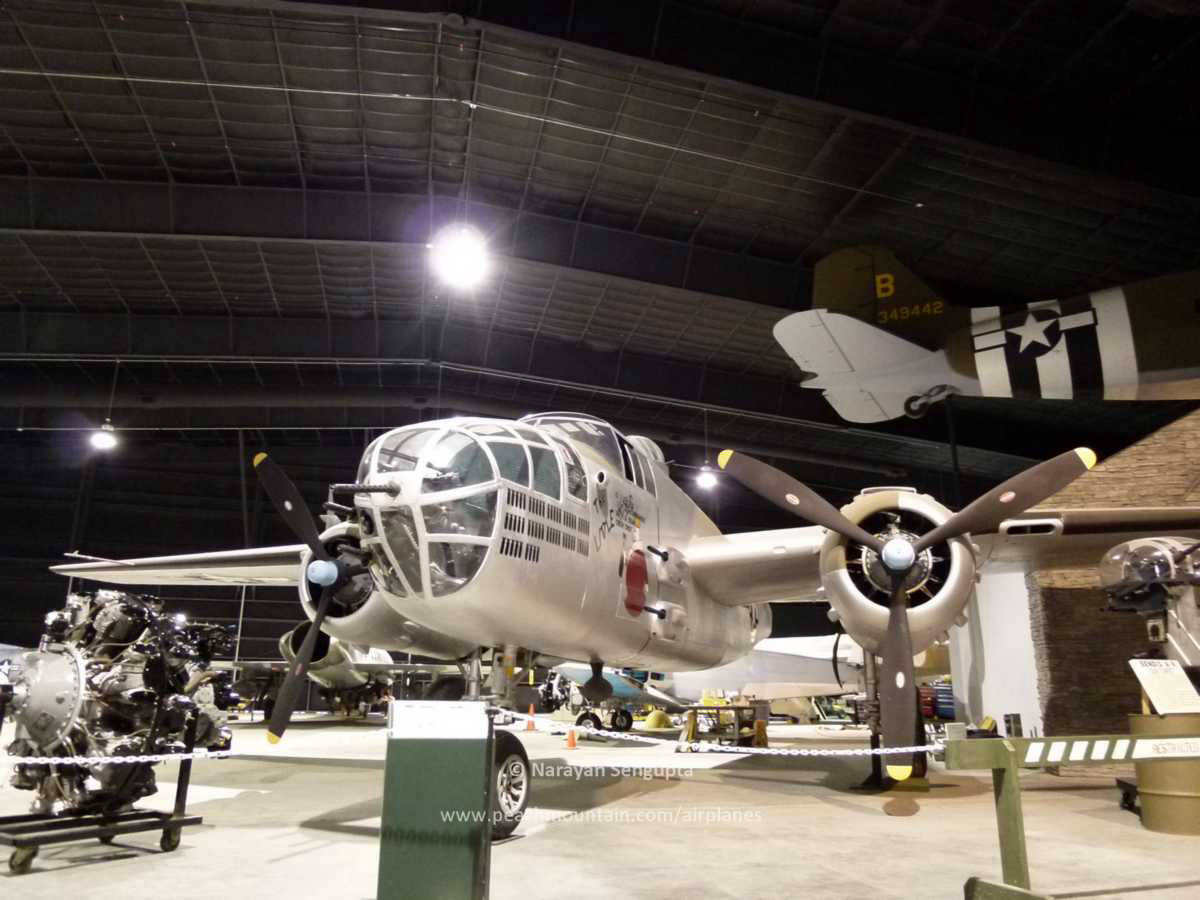 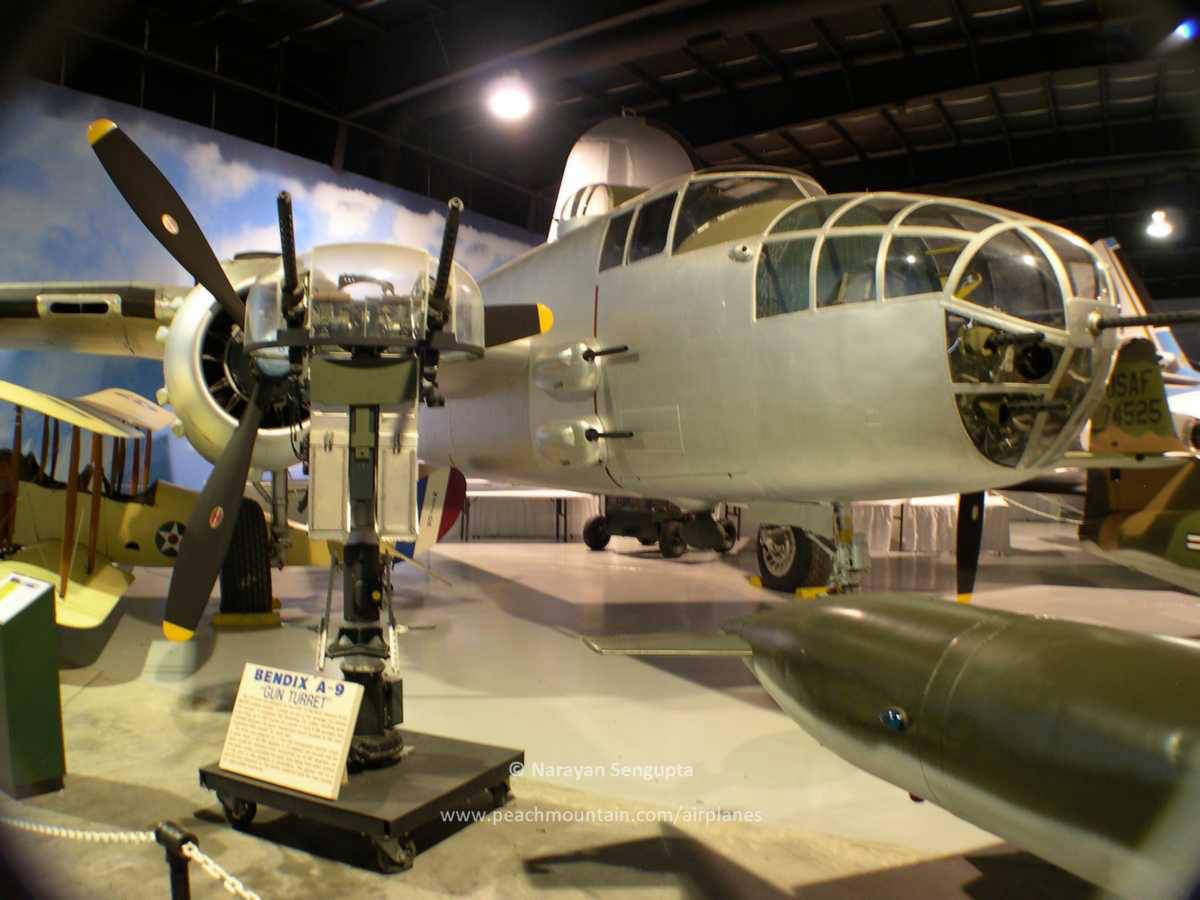 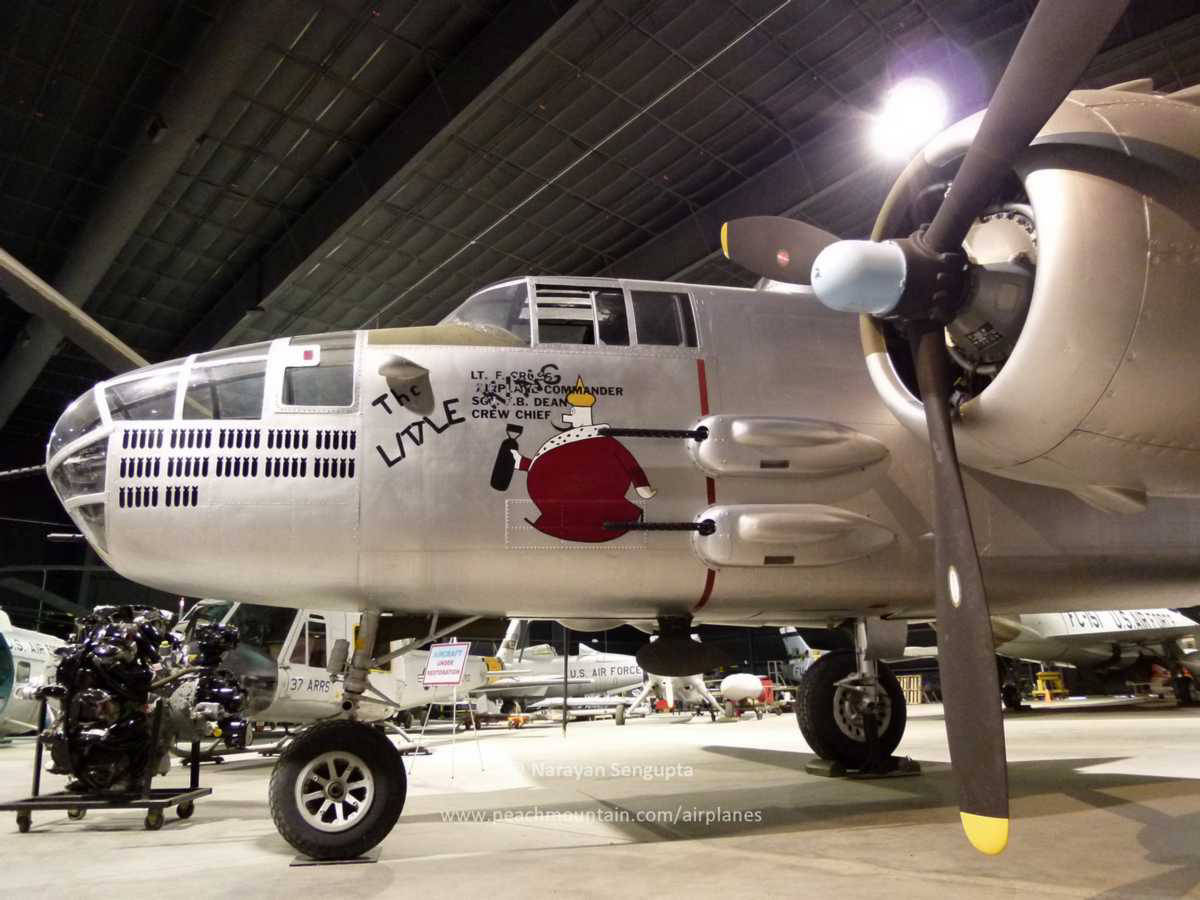 Previous Next Close
Writes Tom Booth: "A versatile bomber that filled numerous roles. One major downside was cockpit noise from the engines. A good number of pilots suffered hearing loss."